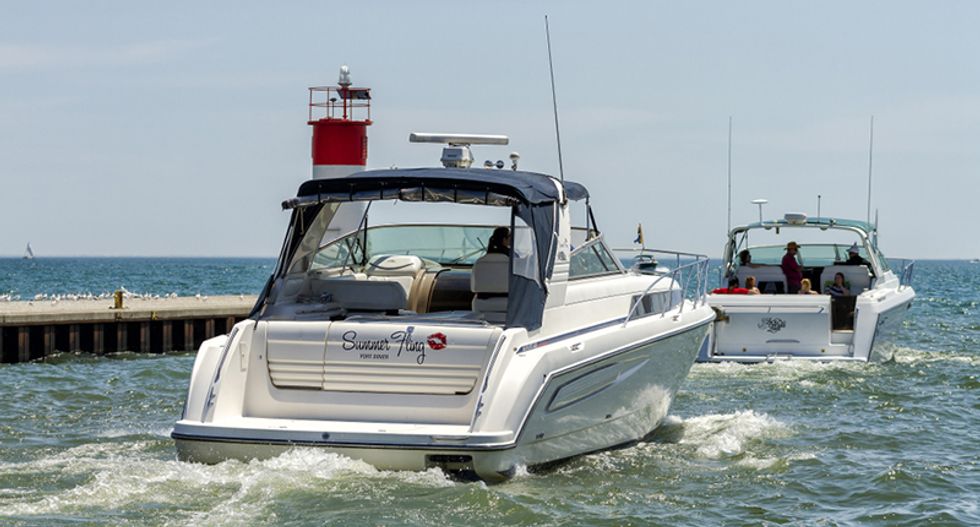 Tired of receiving notices warning that their drinking water may have been compromised and having little recourse to fight corporate polluters, voters in Toledo, Ohio on Tuesday approved a measure granting Lake Erie some of the same legal rights as a human being.

Sixty-one percent of voters in Tuesday's special election voted in favor of Lake Erie's Bill of Rights, which allows residents to take legal action against entities that violate the lake's rights to "flourish and naturally evolve" without interference.

Toledoans for Safe Water led a years-long campaign to convince voters that their city's charter must be amended to ensure that the "environmental burden" carried by the lake, which provides drinking water to 12 million Americans and Canadians, must be reduced.

"Beginning today, with this historic vote, the people of Toledo and our allies are ushering in a new era of environmental rights by securing the rights of the Great Lake Erie," said Markie Miller of Toledoans for Safe Water in a statement.

Under the Bill of Rights, residents will now have legal standing in court to sue corporate polluters on behalf of Lake Erie and to seek damages which would be used to rid the lake of pollution.

The initiative was modeled on "rights to nature" laws which have passed in Lafayette, Colorado; by the Ponca Nation of Oklahoma and the Chippewa Nation in Minnesota; and countries including India and Nepal.

Toledoans for Safe Water began their campaign in 2016 in response to a drinking water crisis in the area two years earlier. Five hundred thousand residents of the Toledo area were advised not to drink or use their tap water for three days due to a toxic algae bloom that had been detected in the water system.

"People need to start relying on our democracy to hold polluters accountable," Mike Ferner of another local group, Advocates for a Clean Lake Erie (ACLE), told the Toledo Blade. "Regulatory agencies have not been doing their jobs for a long time. We're still going to try to get them to do what they're supposed to do. But there's no reason to be limited just to that if there are creative approaches out there such as the Lake Erie Bill of Rights."

The groups were up against the Toledo Chamber of Commerce and the Ohio Farm Bureau Federation, which argued that businesses and farmers may now face high costs of complying with the new law and legal bills if they pollute Lake Erie.

"What Toledo voters and other places working on rights of nature are hoping is to not only change laws but to change culture," Tish O'Dell, an organizer with the Community Environmental Legal Defense Fund, which assisted the local campaigners, told The Progressive. "So much of our way of thinking about our relationship with nature has to change. We are not separate from nature but part of nature. Nature is living and that right to thrive, flourish and be healthy needs to be recognized. Nature doesn't need us to survive but we need nature to survive."