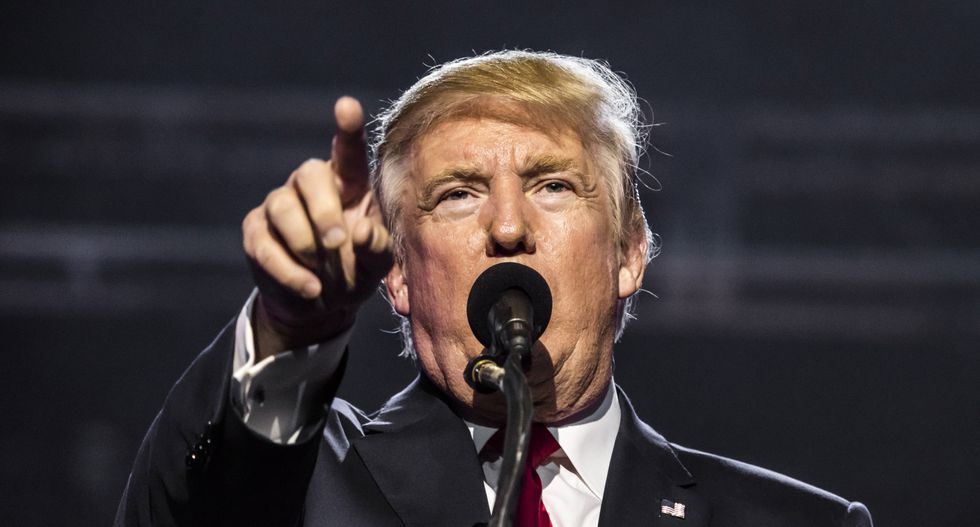 President Donald Trump has a variety of defamatory words for the mainstream media, which he has routinely described as everything from “fake news” to an “enemy of the people.” And New York Times Publisher A.G. Sulzberger is calling the president out for “demonizing” the press.

In an official statement, Sulzberger explains that Trump is hardly the first U.S. president to have complaints about journalists: everyone from John F. Kennedy to Ronald Reagan to Thomas Jefferson had their criticisms as well. But unlike Trump, they never considered the press “the enemy of the people.”

“All these presidents had complaints about their coverage and at times took advantage of the freedom every American has to criticize journalists,” Sulzberger observes. “But in demonizing the free press as the enemy, simply for performing its role of asking difficult questions and bringing uncomfortable information to light, President Trump is retreating from a distinctly American principle. It’s a principle that previous occupants of the Oval Office fiercely defended regardless of their politics, party affiliation or complaints about how they were covered.”

Sulzberger notes that “America’s founders believed that a free press was essential to democracy” and quotes Reagan as saying, “There is no more essential ingredient than a free, strong and independent press to our continued success.”

Describing the press as “the enemy of the people,” Sulzberger points out, is typical of dictatorships—not American democracy.

“The phrase ‘enemy of the people’ is not just false, it’s dangerous,” Sulzberger stresses. “It has an ugly history of being wielded by dictators and tyrants who sought to control public information…. As I have repeatedly told President Trump face to face, there are mounting signs that this incendiary rhetoric is encouraging threats and violence against journalists at home and abroad.”

Sulzberger concludes his statement by emphasizing that the New York Times has been asking tough questions for 167 years—and that isn’t going to change in 2019.

“Through 33 presidential administrations, across 167 years, The New York Times has worked to serve the public by fulfilling the fundamental role of the free press,” Sulzberger asserts. “To help people, regardless of their backgrounds or politics, understand their country and the world. To report independently, fairly and accurately. To ask hard questions. To pursue the truth wherever it leads. That will not change.”