Neanderthals were sprinters rather than distance runners, a study surprisingly suggests 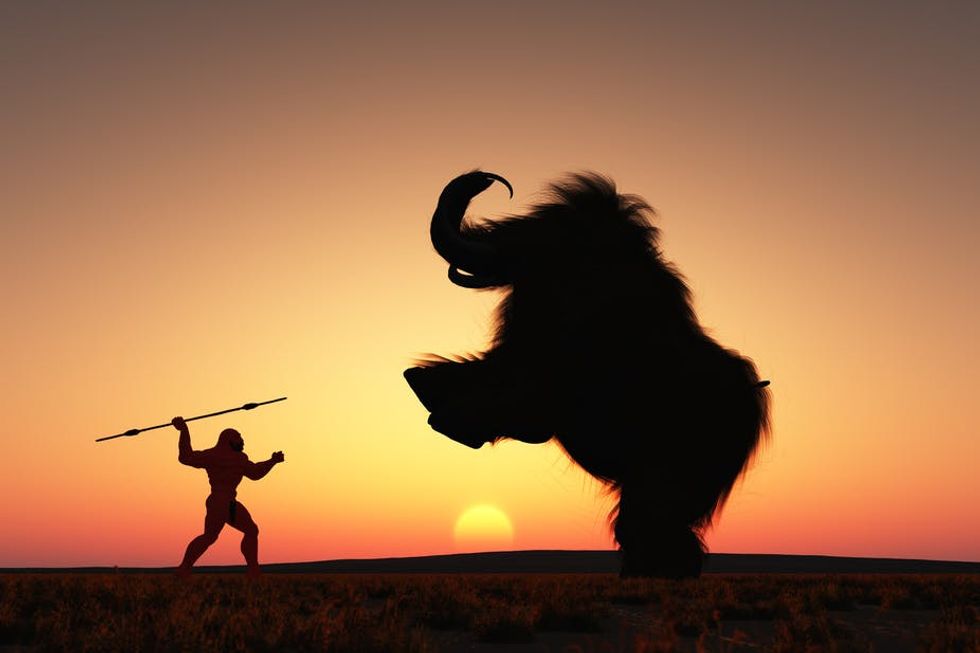 The image of Neanderthals as brutish and culturally unsophisticated has changed in recent years – they could make cave art, jewellery, complex stone tools and may have had language and cooked foods. Yes, they were extremely physically strong – certainly stronger than the vast majority of humans living today. And yes, they went extinct just after our own species entered their territories (albeit with a small amount of interbreeding). But neither fact means they were sluggish or cognitively inferior to us humans.

In our new study, published in Quaternary Science Reviews, we now challenge another long-held view about our distant cousins: that they were pursuit hunters adapted to living in the cold tundra environments.

One reason why researchers think Neanderthals used to live in a cold climate is that their remains have been found next to those of ice age mammals like mammoths, woolly rhinos, horses and reindeer. Some have also argued that their physical characteristics – particularly short limbs, large nasal cavity and a large torso – were evolutionary adaptations to living in the cold.

We wanted to see if this idea really held up – looking at both fossil and genetic evidence. We started by investigating when and where Neanderthals preferentially lived. We know this was in Europe and parts of Asia from around 300,000 years ago until around 40,000 years ago, when they started to go extinct. Sadly there are very few old Neanderthal fossils, so we know very little about their lives until about 130,000 years ago, just before the last ice age started. We therefore focused on their last occupation of north-west Europe, which was broadly a period during the Ice Age (60,000-20,000 years ago) when the climate fluctuated greatly.

By investigating the sedimentary layers in which their fossils were found, we discovered animal remains such as rodents and certain other small mammals. Notably, these animals actually lived in the warmer episodes of the last ice age, when the environment was generally more wooded and less hospitable to mammoths.

So how come mammoths have previously been found at Neanderthal sites? We are still working out the details on this but it is possible that the ecology was such that mammoths may still have been able to live in this warmer climate. It is also possible that mammoths and Neanderthals were not in fact contemporary but their bones have subsequently been mixed together.

Hunting in woodland generally involves a need for speed and acceleration: in short, sprinting. This is because when you encounter prey, say behind trees, it can be very sudden and you need to respond rapidly. By contrast, the endurance running that characterises modern humans is more useful for pursuit hunting in open grassland environments or tundra. Our woodland theory led us to suggest that Neanderthals may have been adapted for sprinting rather than distance running.

Skeleton and restoration model of Neanderthal.

To explore this idea further we looked at genetic variants previous studies had shown to be associated with elite power or sprint athletes. We found that the majority of these power-associated genetic variants were in fact much more common in Neanderthals than in humans today. So it does seem that our theory derived from the study of Neanderthal ecology stands up to provisional genetic scrutiny.

It is important to note that these results are based on a relatively small number of Neanderthals whose DNA has been read. They are also based on the assumption that the genetic variants associated with power and speed in humans today act in the same or a similar way in Neanderthals. It is also possible that Neanderthals carried other genetic variants associated with locomotion – ones that are not present or have not been studied in living humans. As with all studies of the past, there are alternative explanations for the patterns we see, but the approach we have taken signposts a potentially valuable path for studying the evolution of the wider human family.

The emerging picture of how we differ from Neanderthals is no longer one of the smart versus the stupid, the sophisticated versus the unsophisticated, the brutish versus the refined, but instead one of jog versus sprint, of endurance versus speed. All species are uniquely adapted to the ecology they live in. It turns out that the differences once used to classify Neanderthals as more primitive than modern humans – such as their build – may instead simply reflect adaptations to different hunting requirements. Unfortunately for our Neanderthal cousins, and not for the last time, the tortoise beat the hare.