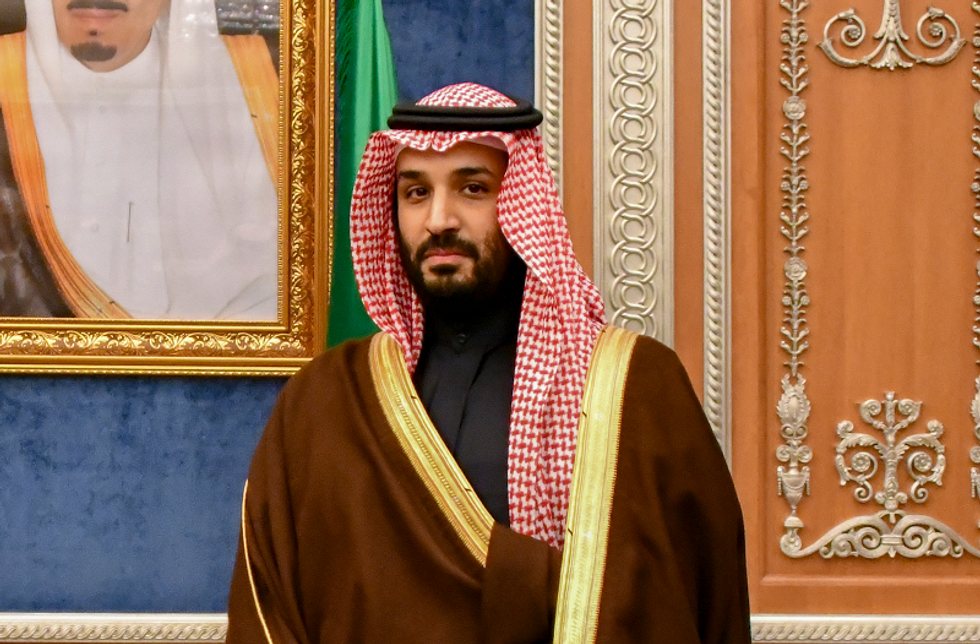 Amazon CEO and founder Jeff Bezos has declared war on the National Enquirer’s parent company American Media Inc. (AMI), alleging that it resorted to blackmail and extortion over an extramarital affair it claimed he had. One of the things Bezos has been discussing is AMI’s connection to Saudi Arabia, and the Amazon CEO has asserted that the “Saudi angle seems to hit a particularly sensitive nerve.”

AMI, according to the Wall Street Journal, unsuccessfully sought Saudi funding in the hope of acquiring major publications that included Sports Illustrated, Time Magazine, Fortune and Money. And when Saudi Crown Prince Mohammed bin Salman, a.k.a. MBS, visited the U.S. in March 2018, AMI tried to suck up to him by publishing an overtly pro-Saudi glossy magazine called the New Kingdom.

Concerned that its Saudi connection might present a legal issue, AMI contacted the U.S. Justice Department to ask if it needed to register as a foreign agent—noting that it didn’t receive any Saudi funding for the pro-Saudi magazine.

An anonymous source familiar with AMI’s decision to publish the New Kingdom told the Wall Street Journal, “Frankly, it was done to kiss (MBS’) ass when he came to visit in the hopes he’d invest in the company, and it didn’t work. There was nothing more to it than that.”

MBS’ trip to the U.S. in March 2018 included a visit to the White House, where the Saudi crown prince met with Trump—and it preceded the killing of Washington Post columnist and Saudi journalist Jamal Khashoggi by about seven months. After entering the Saudi Consulate in Istanbul, Turkey on October 2, Khashoggi never came out alive. The Saudi royal family, including MBS, has vehemently denied that it had anything to do with Khashoggi’s murder—which he claims was carried out by rogue agents within the Saudi government. But CIA Director Gina Haspel has asserted that the evidence shows that Khashoggi was probably murdered on direct orders from the Saudi Crown prince himself.

Trump, meanwhile, has stressed that he considers MBS an important ally of the U.S. and doesn’t believe he was behind Khashoggi’s murder.

Discussing the Khashoggi scandal on his blog last week, Bezos wrote, “The Post’s essential and unrelenting coverage of the murder of its columnist Jamal Khashoggi is undoubtedly unpopular in certain circles.”