Nancy Pelosi and Alexandria Ocasio-Cortez face off with House Dems who vote with GOP in private meeting: report 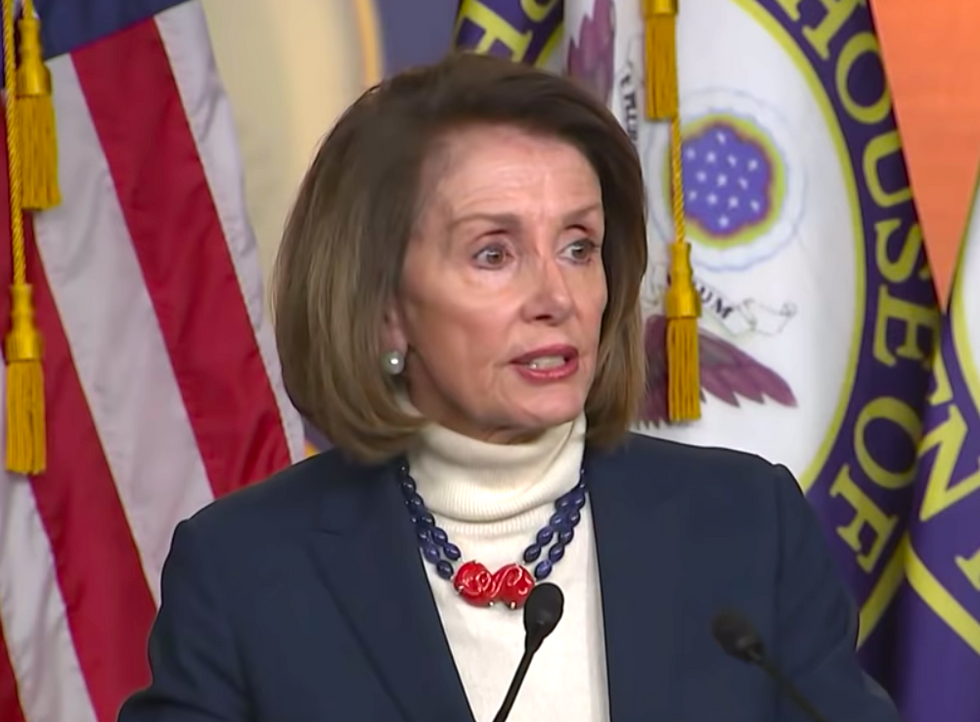 When Democrats achieved a net gain of 40 seats in the House of Representatives in the 2018 midterms—the biggest blue wave in the House since 1974—the newcomers ranged from centrists like Rep. Abigail Spanberger of Virginia to staunch progressives such as Rep. Alexandria Ocasio-Cortez of New York City and Rep. Rashida Tlaib of Michigan. One of Rep. Nancy Pelosi’s challenges as House speaker in 2019 is overseeing a big tent of Democrats, and Politico is reporting that when a closed-door meeting was held on Thursday, Pelosi warned centrist Democrats against voting with Republicans.

Two of Politico’s anonymous sources quoted the House speaker as saying, “This is not a day at the beach. This is the Congress of the United States.”

Pelosi addressed her concerns after a bill calling for universal background checks for firearms purchases was amended by Republican members of Congress.

Republicans added an amendment to the bill that would send updates to Immigration and Customs Enforcement (ICE) when undocumented immigrants purchase firearms. A total of 26 Democrats voted with Republicans on the amendment, and it passed with the ICE reference—which, Politico reported, “spoiled an important Democratic legislative achievement.”

Politico also reported, “An earlier GOP motion condemning anti-Semitism was successfully attached to a House resolution barring U.S. involvement in the Yemeni civil war. That maneuver, which was backed by every Democrat, later caused parliamentary problems in the Senate and upended Democratic attempts to challenge President Donald Trump’s foreign policy.”

Pelosi, according to Politico, told House Democrats that those of them who had the “courage” to vote against Republican motions would become a higher priority for the Democratic Party leadership and the Democratic Congressional Campaign Committee.

Politico also reported that Ocasio-Cortez said she would alert progressive activists when House Democrats are voting with Republicans on motions.

Pelosi’s assertions, according to Politico, underscore a difference of opinion with two other prominent Democrats: House Majority Leader Steny Hoyer and Majority Whip Jim Clyburn, who believe that centrist Democrats can sometimes vote with Republicans on motions if they believe it will improve their political standing.

Politico quoted Pelosi as telling fellow Democrats, “We are either a team or weren’t not, and we have to make that decision.”