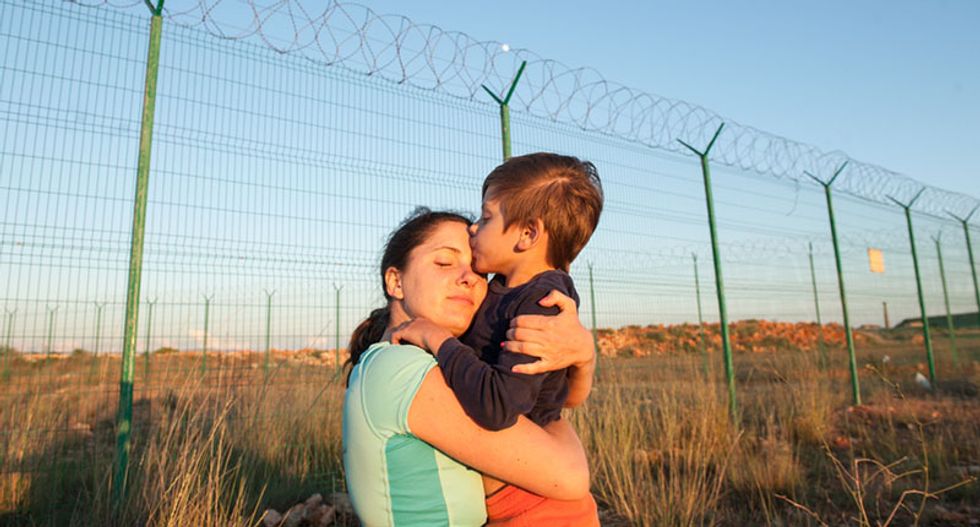 “Dania” said that the weeks she spent not knowing the whereabouts of her teenage son after they were ripped apart at the southern border last June were misery. “It was like they were killing me,” she said, using a pseudonym for her own safety. Not even 10 days after arriving in the U.S., she was deported back to Guatemala without him. She wouldn’t see him again for months. It was “the worst pain I’ve felt in my life,” she said.

The asylum-seeker is now one of six families demanding $6 million each in damages from the Trump administration. Under the barbaric “zero tolerance” policy, thousands of children were stolen from families and kept separated for weeks and even months. Some kids remain in U.S. custody, in blatant violation of a federal judge’s order.

Dania said that she and her son were separated just one day after arriving at the border. He “was not allowed to say goodbye to his mother,” a court filing states, and “was given no explanation as to why he was being separated from his mother.” When Dania asked what happened to her son, “the officer responded that the children would be sent away to war.”

On June 13, Dania was deported without her son. She would spend 15 days “agonizing” until she finally heard from him. The teen “had been given access to a telephone at the detention facility where he was housed and was allowed to call her.” Dania told the Huffington Post that “it was a miracle to hear his voice again. Before the call, I imagined so many bad things that could have happened to him.”

They would not be reunited for months, until he was deported back to Guatemala in September. But because he had spent his 18th birthday in U.S. custody, he had been transferred from a children’s detention facility to one jailing adults, where he feared for his safety. “According to her claim, she said they both suffer from depression as a result of the separation and are struggling to return to a normal life.”

At 202 days since a federal judge’s reunification deadline, children stolen from families at the border remain in U.S. custody. “These children and their parents have experienced horrific, life-altering trauma that was intentionally inflicted on them by our government,” said attorney Stanton Jones. “No amount of money can undo the damage inflicted by our government on these children and their mothers, but the government must be held accountable for the impact of its policies.”