Cohen issues sharp warning to GOP members who blindly protect Trump: You 'are going to suffer the same consequences that I'm suffering' 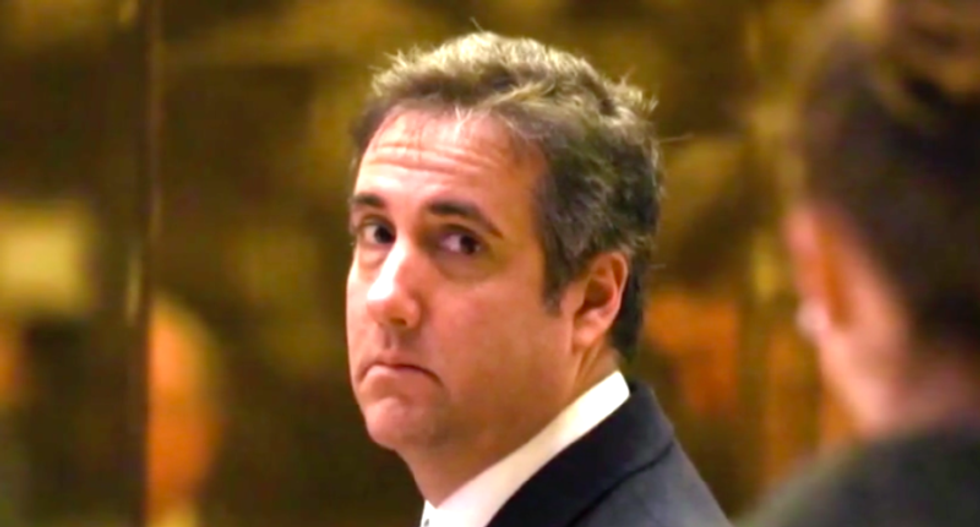 While testifying before the House Oversight Committee on Wednesday, Michael Cohen warned Republicans in Congress that they will follow in his footsteps if they continue offering blind loyalty to Donald Trump.

Cohen was asked what the “turning point” was in his decision to tell the truth about the president.

“There are several factors,” Cohen said. “My psyche, Charlottesville, watching the daily destruction of our civility to one another.” Pointing to a sign that Rep. Paul Gosar (R-AZ) displayed that featured an image of Cohen and the words “liar, liar, pants on fire,” Cohen added, “putting up silly things like this.”

“That's silly,” he continued. “Really unbecoming of Congress. It's that sort of behavior that I'm responsible for. I'm responsible for your silliness because I did the same thing that you're doing now for ten years. I protected Mr. Trump for ten years and the fact that you pull up a news article that has no value to it and you want to use that as the premise for discrediting me, that I'm not the person that people called at 3:00 in the morning would make you inaccurate. In actuality, it would make you a liar, which puts you into the same position that I am in.”

“I can only warn people the more people that follow Mr. Trump as I did, blindly, are going to suffer the same consequences that I'm suffering,” he added.