The View's Meghan McCain slams 'pathetic' Trump's 'obsession' with her father: His greatness 'and legacy haunts you' 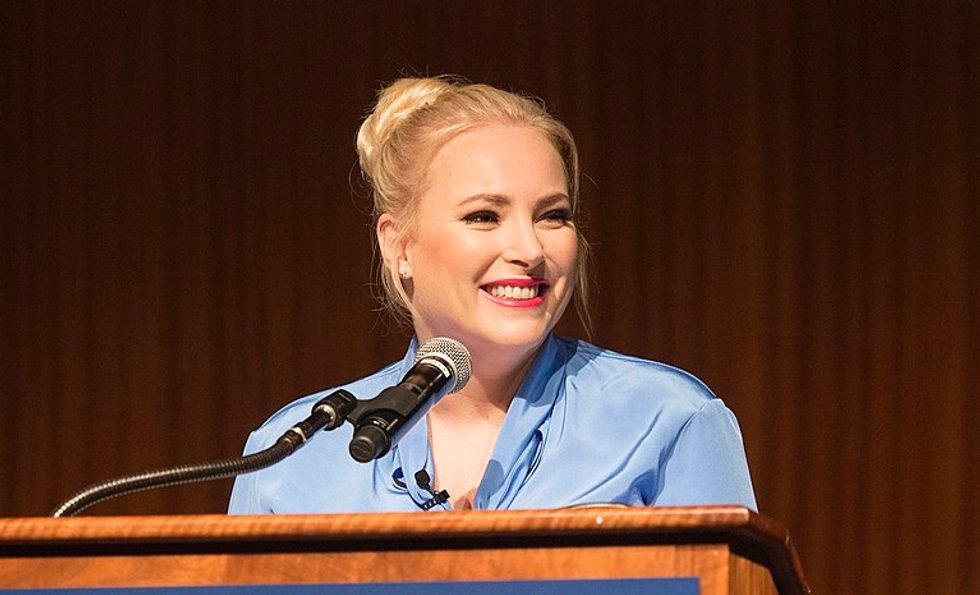 The president’s obsession with my father 6 months after his death is pathetic and telling - even at a time when he… https://t.co/IIFtklsFsM
— Meghan McCain (@Meghan McCain) 1549415723.0

The New York Times reported that Trump attacked McCain at a private lunch, which was attended by anchors of several national news outlets, saying, "By the way, he wrote a book and the book bombed."

McCain, an iconic figure in Republican politics who passed away after a battle with brain cancer last year, was a common target of Trump's wrath. During the presidential campaign, Trump dismissed his heroism as a Vietnam prisoner of war, saying, "I like people who weren't captured." His enmity only grew after McCain, who was usually a reliable conservative vote, crossed party lines to kill repeal of the Affordable Care Act in the Senate.

For his part, McCain did not think any more highly of Trump — he did not want the president at his funeral, while inviting former Presidents George W. Bush and Barack Obama to speak at the ceremony.