Inside Edition segment on NYC fare evasion targeted high schoolers trying to get to class on time: report 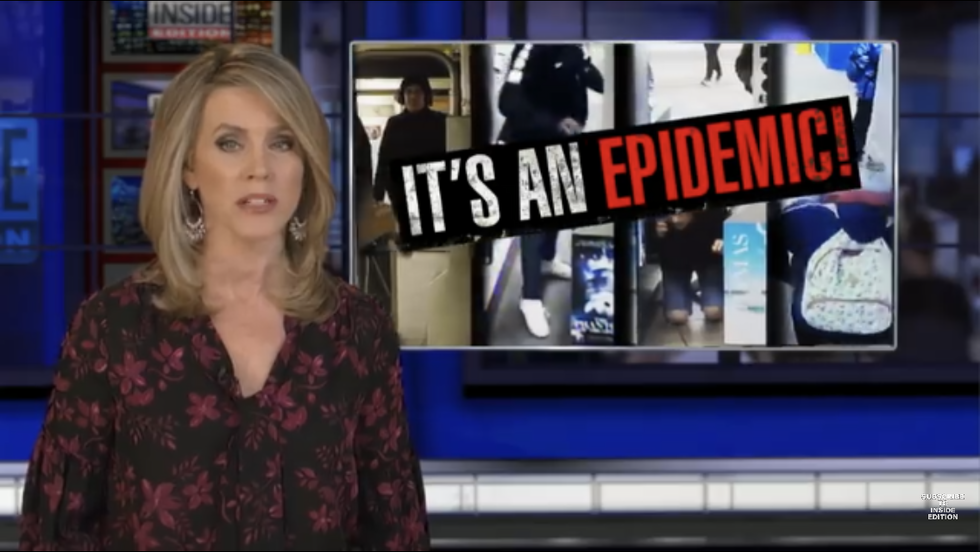 On Tuesday, Inside Edition aired a segment on fare evasion in the New York City Subway, which included correspondent Lisa Guerrero ambushing and scolding low-income riders trying to jump or crawl under turnstiles:

Subway fare beaters are costing New York millions — so @InsideEdition decided to confront them.… https://t.co/ejnAScSKuV
— Inside Edition (@Inside Edition) 1549738801.0

The segment immediately attracted outrage on social media, being denounced as "predatory and classist." Inside Edition neglected to mention that only 4 percent of subway riders try to cheat the fare — which is a drop in the bucket next to the billions of dollars lost by the Metropolitan Transit Authority's epic mismanagement, and did not focus on the fact that fares have gradually been hiked to $2.75 a ride, squeezing low-income people already hurt by New York's infamous cost of living, even as disrepair and delays grow worse. The whole segment came off as a way to blame the failures of New York politicians on the poor.

But it turns out the whole thing might have been even worse than it appeared.

On Tuesday night, a teenager involved in the fare evasion reached out to Gothamist's Jake Offenhartz in an email, providing more context on what was really going on:

The reason we were skipping the fare was perfectly reasonable, which Inside Edition might have bothered to ask if they were a reliable news source. We tenth graders have gym class at Hunter College at 68th street, so we have to take the train a couple stops [from 96th Street] to get there. But the student MetroCards only give us three rides a day. Between getting to school, going back and forth from the college, and then going home or to an extracurricular, it's just not enough rides, and that's ignoring people who live close enough to school to not get a card (although we make fun of them for being rich assholes). We just have to skip the fare somewhere in between all of those, and many kids do it at 96th street where someone else is willing to get the door.

There is, arguably, a news story here, but it's not that a few teenagers are jumping turnstiles. It's that New York City high schools are apparently requiring underprivileged kids to make tons of trips across town by subway to get to all their classes and not giving them enough money to actually pay for it. Forcing high schoolers to choose between truancy and illegal fare evasion is a perfect encapsulation of how the deck is stacked against poor people — and how cities have effectively made poverty itself a crime.

Unfortunately, Inside Edition used their segment only to punch down at the poor, and steered their viewers away from a conversation worth having.