'I'm the chair!': Fireworks break out in Cohen hearing when a Democrat calls out racism 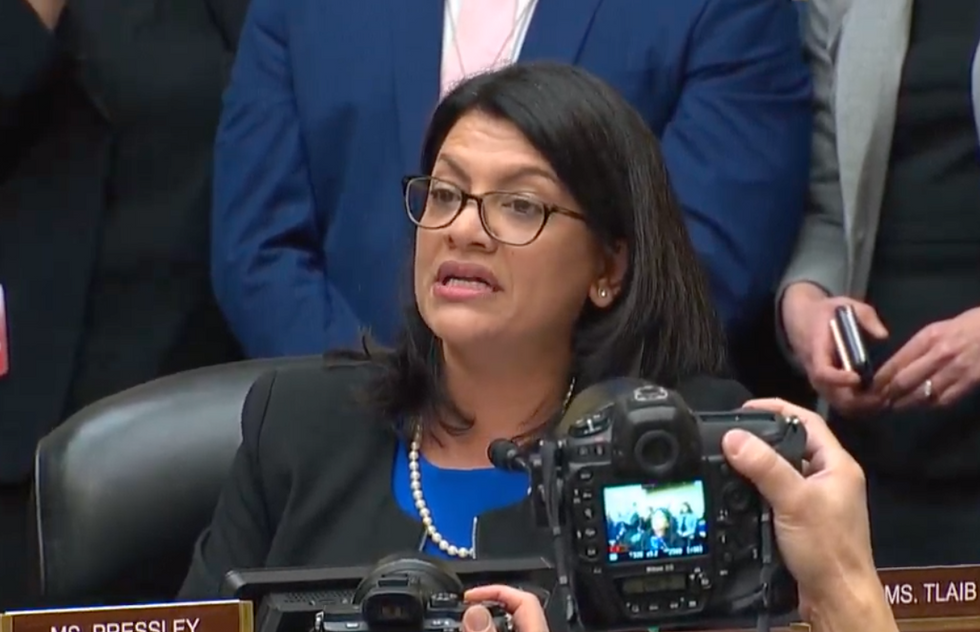 While most of the drama in the House Oversight Committee hearing of Michael Cohen on Wednesday centered on the star witness of the day, fireworks and shouting broke out near the end of the hearing when Rep. Rashida Tlaib (D-MI) called out Rep. Mark Meadows' (R-NC) actions as racist.

She referred to an earlier moment in the testimony when Meadows brought out Lynn Patton, an official at the Department of Housing and Urban Development, to contradict Cohen. Patton, who is black, was referred to as a supposed counter-example to Cohen's claim that the president is racist.

"Just because someone has a person of color, a black person, working for them, does not mean they aren't racist. And it's insensitive ... that some would even use a prop, a black woman, in this chamber, in this committee, is along racist in itself," said Tlaib.

Meadows began calling out an objection to her remarks, but Tlaib kept reading her statement over his objections. Lawmakers are prohibited by strict rules about disparaging their colleagues.

"Mr. Chairman, I ask that her words, when she's referring to an individual member of this body, be taken down and stricken from the record," Meadows said. "I'm sure she didn't intend to do this." He insisted that his record shows he's not racist.

Rep. Jim Jordan (R-OH) also tried to jump into the fray, but Chair Elijah Cummings (D-MD) cut him off, asking Tlaib to reread her remarks. Tlaib reread her remarks and tried to clarify that she's not calling Meadows a racist — that she was describing a racist act.

Meadows tried to get interject, but Cummings began banging his gavel.

"Thank you!" said Cummings. "I will clear this up." He then confirmed with Tlaib that she was not trying to call Meadows a raicst, which she affirmed.  Meadows, who is white, delivered a heated response, saying that he has a relationship with Cummings, who is black, "that is not based on color."

Cummings agreed: "I've said it, and gotten in trouble for it, that you're one of my best friends."