Howard Schultz is an enemy of democracy 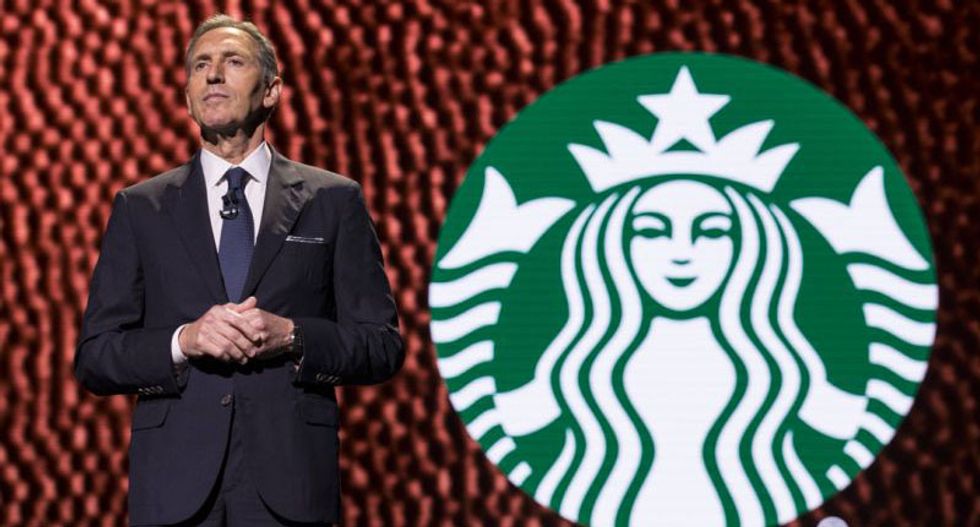 Under the 12th Amendment, in any election in which no single candidate receives an Electoral College majority the president is then elected by the House -- not on a straight vote of all members, but on a state by state tally. Even though Republicans are now a minority in the House, they control 26 House delegations, with three others split evenly. So the House Republican caucus would choose the president. Who do you suppose that would be?

No presidential candidate has ever received an Electoral College majority with less than 45 percent of the popular vote. In a competitive three-way race, it's entirely possible no one would reach that threshold.

This hand grenade planted in the heart of our Constitution has been consistently discounted. Bloomberg actually cited it in his 2016 decision not to pursue an Independent bid for the White House. But it has once again vanished from our awareness.

After all, in each of the last five elections with serious multi-candidate fields -- those of 1992, 1968, 1948, 1908 and 1860 -- a clear winner emerged with an Electoral College majority.  In all those elections except 1992, three candidates won electoral votes (in fact, four did in 1860). But in every instance the popular vote winner also won the Electoral College. So nothing to worry about, right?

Wrong. In the cases of 1860, 1948 and 1968, trivial vote swings would have denied the popular vote winner an Electoral College majority. In all three cases the House would probably have defied the popular vote. And in each case America would have been profoundly and undemocratically changed.

Begin with 1860. If Abraham Lincoln had received 37,000 few votes, or 0.8 percent of the total, spread across four states, the election would have been thrown into the House, which would surely have chosen Democrat Stephen Douglas, and kept the U.S. a slave nation.

In 1948, if Harry Truman had received 25,000 fewer votes in Ohio and California, once again the House would have decided. The likely outcome? A Republican deal with Dixiecrats to make Thomas Dewey president, and squash Truman’s civil rights platform.

And then there's 1968, one of the most tumultuous years in American history. Alabama Gov. George Wallace, a Southern Democrat who ran as a third-party candidate, fell only 110,000 votes short of denying Richard Nixon an electoral majority.  With that leverage over Nixon, Wallace could surely have accelerated the "Southern strategy" before the Voting Rights Act had time to change America.

Clearly Howard Schultz wishes to be seen on the side of Lincoln rather than Douglas, Truman rather than Strom Thurmond and Nixon rather than Wallace. (The choices are not always attractive!) But third party candidacies, in real history rather than fantasy, are condemned by the harsh logic of the 12th Amendment to undermine democracy.

One hopes we will soon we will find a way to disarm this grenade, perhaps by implementing the National Popular Vote strategy. But until we do that it is important to understand, as Ralph Nader demonstrated in 2000 (and as Gary Johnson and Jill Stein arguably did in 2016), that third-party candidacies unwittingly empower the darkest forces in our society. Howard Schultz should study history carefully before he makes his choice.