How to say ‘I’m sorry’ whether you’ve appeared in a racist photo, harassed women or just plain screwed up 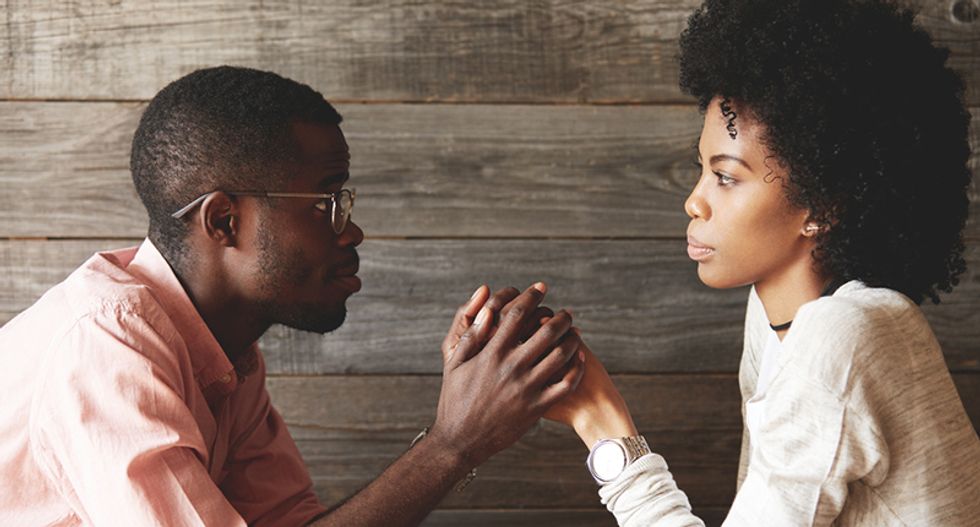 Lisa Leopold
and
The Conversation
February 09, 2019

These two words may seem simple, but the ability to express them when you’re in the wrong is anything but – particularly for those in the public eye.

Virginia Gov. Ralph Northam, to name a recent example, was forced to apologize after his 1984 medical school yearbook page resurfaced showing two unnamed men, one with blackface and another wearing the Ku Klux Klan’s white hood and robe. That he seriously botched his effort to apologize is arguably one of the reasons many people are still calling on him to resign.

As a language scholar, I wanted to get to the bottom of just what makes an apology effective by analyzing dozens of mea culpas. While some offered authentic apologies, many more seemed defensive, insincere or forced.

With the help of insights from linguists, psychologists and business ethicists who study apologies, I found that there are three main elements each needs to have to be effective.

Any well-crafted apology must claim responsibility for the transgression – not attribute one’s actions to happenstance or external factors.

Amid the Cambridge Analytica scandal, Facebook CEO Mark Zuckerberg used the passive voice to distance himself from any wrongdoing: “I’m really sorry that this happened,” he said in an interview to CNN.

That wasn’t the first time he used the passive voice this way. In an earlier apology issued in 2017 after Facebook was criticized for Russia’s meddling in the 2016 election, he said, “For the ways my work was used to divide people rather than bring us together, I ask forgiveness and I will work to do better.”

The choice of the passive suggests that he has little control over the ways his work was used by others.

Another example is Charlie Rose, a television journalist fired by CBS following accusations of sexual misconduct. He issued an apology in the following manner: “I have learned a great deal as a result of these events, and I hope others will too. All of us, including me, are coming to a newer and deeper recognition of the pain caused by conduct in the past, and have come to a profound new respect for women and their lives.”

By including himself as one of several people and embedding his actions as part of a broader group’s actions, he minimized responsibility for his own transgressions.

Others simply try to deflect attention from the transgression as part of an apology, as actor Kevin Spacey did when he announced his sexual orientation or like disgraced media mogul Harvey Weinstein’s vow to direct his anger to the National Rifle Association.

In contrast, Starbucks CEO Kevin Johnson in April 2018 gave an example of an apology that takes real ownership after two African-American men were arrested while waiting for a friend at one of his stores: “These two gentlemen did not deserve what happened, and we are accountable. I am accountable.”

Finally, apologies should meet the standard of recognition: expressing empathy to those who have been hurt.

Many so-called apologies fail to acknowledge victims’ feelings, focusing instead on justifications or excuses. For example, actor Henry Cavill apologized for his controversial statements about the #MeToo movement by saying he’s sorry for “any confusion and misunderstanding that” his comments created. In doing so, he insinuated that there was no transgressor or victim, as more than one party is typically to blame for a misunderstanding.

Expressions of empathy are further weakened anytime a modal such as “may” is used to cast doubt on whether the transgression had a negative impact on others. In an apology issuedby the record producer Russell Simmons for sexual misconduct, his use of “may” ultimately suggests that women may or may not have been offended by his actions: “For any women from my past who I may have offended, I sincerely apologize. I am still evolving.”

Furthermore, those last four words show that he’s focusing on his own growth, rather than the pain of his victims.

Returning to Northam, his apology failed to live up to all three strategies.

After initially accepting that one of the men was him, he quickly reversed himself, expressing contrition while distancing himself from the racist photo. And then his apology included the vague wording “for the decision I made to appear as I did,” which hardly constitutes a worthy admission of wrongdoing.

Referring to his actions as “this” rather than “my” minimizes ownership. And rather than accepting responsibility, he pleads with the public not to let his past behavior shape how they see him.

So if you’re finding it difficult to parse the multitude of public apologies in the mainstream media, look closely for these three ingredients, along with the language each uses.