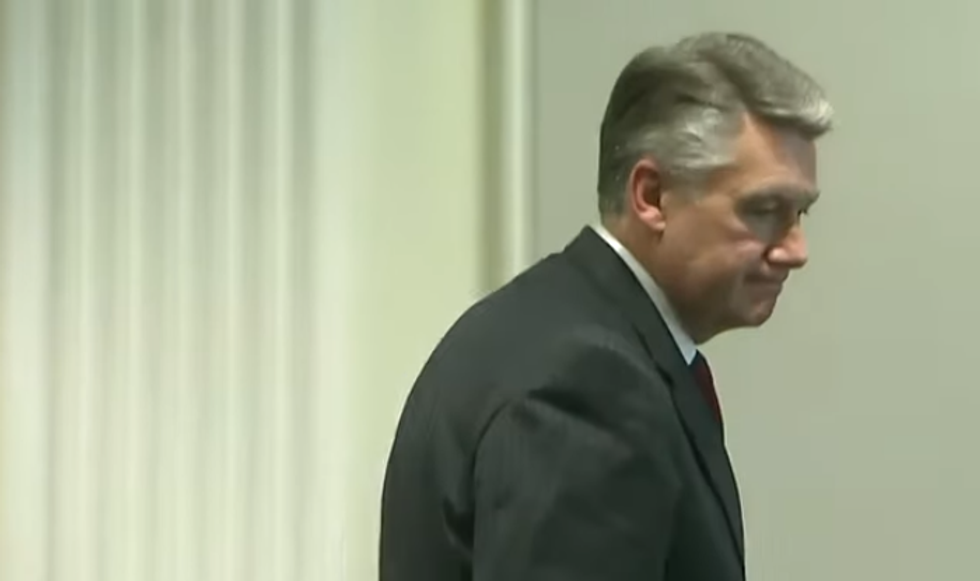 Until now, the scandal looked bad enough. The board initially refused to certify the results after receiving sworn affidavits alleging a strategist for Harris' campaign, Leslie McCrae Dowless, had paid people to illegally harvest hundreds of absentee ballots in Bladen and Robeson Counties from disproportionately elderly, African-American voters, sometimes even filling them out for the voters before delivering them to the campaign.

This alone, however, might not have been enough to convince the board to throw out the election results. Although Democratic Gov. Roy Cooper was recently allowed to reconvene the board with a partisan majority after state courts threw out the GOP legislature's law preventing him from doing that, Republicans could theoretically still have blocked the order to call a new election. Such a measure requires four votes, and Democrats have just three seats on the five-member board.

But at the board's multi-day evidentiary hearing this week, Harris got himself in exponentially more trouble in his testimony and likely put the final nail in his own coffin.

At the hearing, Harris told the board under oath that he had no awareness of what Dowless was doing and no reason to suspect misconduct. But his son, federal prosecutor John Harris, shortly took the stand and testified that he had warned his father in emails and calls that he believed Dowless was breaking the law.

Caught in his falsehood, a tearful Harris claimed that he did not remember these discussions because he was recovering from a recent infection that had triggered multiple strokes and affected his memory. He then said he wasn't prepared for the "rigors" of the hearing, and called for a new election: "It's become clear to me that public confidence in the 9th District has been undermined to an extent that a new election is warranted."

After Harris said his remarks and excused himself, the board voted unanimously to call a new election.

Harris was doomed the moment his son took the stand and revealed he had not told the truth about what he knew of Dowless' conduct. It undermined his credibility in the hearing, and it also undermined his own ability to claim that he had acted ethically in the election. Once that was out in the open, and from no less a person than his own son, he had no choice but to give up.