'How does that all wrap up?': MSNBC's Rachel Maddow explains why claims about Mueller's report coming soon are so perplexing 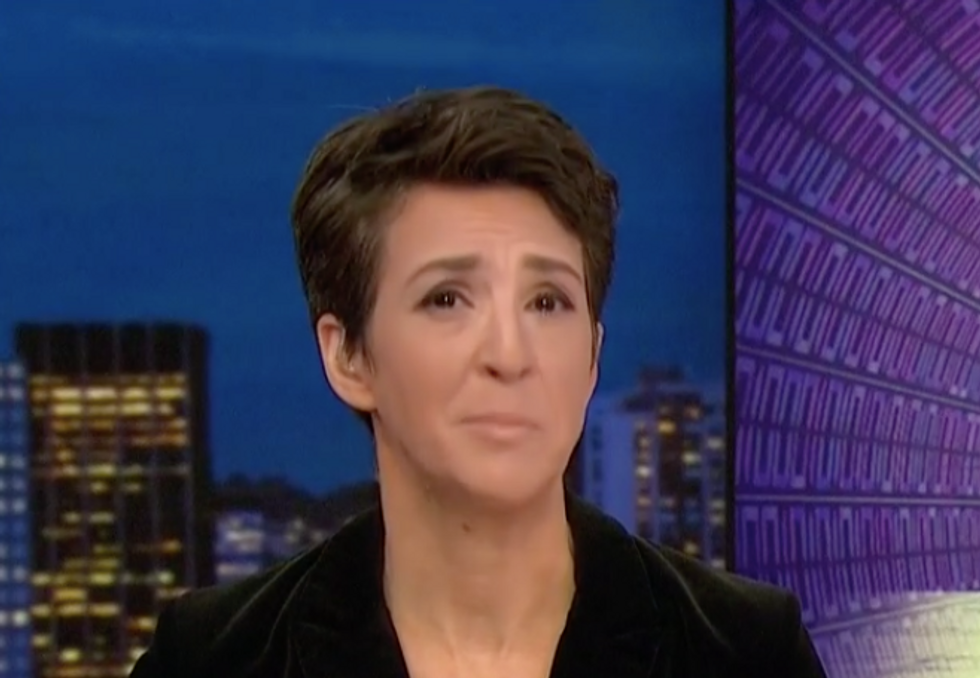 With multiple reports finding that Special Counsel Robert Mueller is preparing to "wrap up" his Russia investigation soon — perhaps as soon as next week — many longtime observers of the probe are perplexed, given the many threads of inquiry and prosecution that appear to be outstanding.

MSNBC's Rachel Maddow noted Wednesday night that there have been many prior predictions of the probe's coming to a close that proved false. But if the new reports prove to be true, it would appear Mueller is shutting down while there are many loose ends he hasn't yet tied up.

"A ton of these other defendants are still in awaiting sentencing or are still in the process of getting there," she said. "Flynn, Manafort, Gates, Sam Patten, Maria Butina. They've all pled guilty in one way or another. They're all awaiting sentencing. Paul Erickson: He's arraigned — he's fighting his case. Roger Stone is arraigned — fighting his case. Jerome Corsi went as far as a draft plea agreement with the special counsel's office that would have included him pleading guilty to a felony charge. But Jerome Corsi, thus far, has not been charged."

While Maddow included them in her list, it's not clear that Butina and Erickson's case have any relationship to Mueller's investigation. They are, however, tied to a reported plot from Russia to influence Republican politics.

"After Mueller did charge two for lying to Congress about elements of the scandal, Mueller just got delivered to him a whole new filing cabinet worth of official transcripts of other people's testimony," she went on. "Testimony that members of Congress tell us implicate much the same kind of offenses in terms of lying to Congress in matters material to an investigation."

Maddow also noted that Mueller also appears to still be fighting for subpoenas that have been challenged in his investigation — curious behavior if he's planning on closing up shop.

"That evidence still seems to be important to him and his team that it's worth pursuing those subpoenas all the way up through the high levels of federal appeals courts in the United States," she continued.

She concluded: "How does all that wrap up?"

One possibility is that Mueller will hand the outstanding cases off to other parts of the Justice Department for them to pursue after he has stepped down. But it's not clear, if this is right, why Mueller would think this is the best course of actions, rather than pursuing them himself. We may find out the answers soon.

Only a handful of Mueller-related cases have actually run their full course, with a lot still unresolved. How does… https://t.co/zGGCKmVhJR
— Maddow Blog (@Maddow Blog)1550716807.0