How creativity can help us cultivate moral imagination 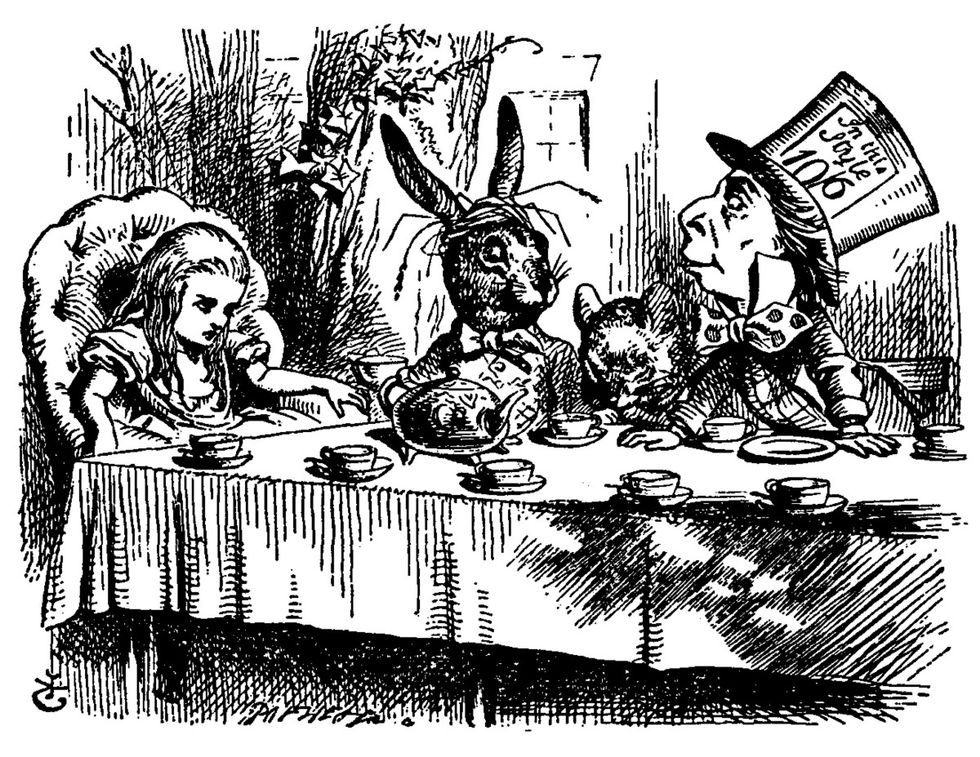 She had quite forgotten the Duchess by this time, and was a little startled when she heard her voice close to her ear. “You’re thinking about something, my dear, and that makes you forget to talk. I can’t tell you just now what the moral of that is, but I shall remember it in a bit.”

“Perhaps there isn’t one,” Alice ventured to remark.

“Tut tut child!” said the Duchess. “Everything’s got a moral, if only you can find it.”

Violet Paget (1856 – 1935) was a Victorian writer who published under the more gender-ambiguous Vernon Lee. Known as one of the cleverest women in Europe, as well as for her preference for dressing a la garconne, Lee coined the term “empathy” after noticing the physical absorption of her partner, Clementina Anstruther-Thompson, while viewing a painting.

According to Lee, Clementina (or Kit, as she was known) was “in feeling” with the painting. To describe this embodied process of appreciating the arts, Lee translated the German term einfuhlung into “empathy”.

Lee’s ideas resonate powerfully with the increasing interest today in how empathy is connected to creativity. Experiencing and enhancing creativity is one of the ways we can understand ourselves and others – body and mind. The poetic 19th century term for this process, with which Vernon Lee would have been familiar, is “moral imagination”.

To imagine is to form a mental image, to think, to believe, to dream, to picture. It is both idea and ideal. Our dreams can take us from small acts of empathy to noble visions of equality and justice. Imagination charges the flame: it puts us in touch with our creativity, our life force. In a world of increasing global conflict, imagination has never been more important.

“The great instrument of moral good is the imagination,” wrote the poet Shelley in his Defence of Poetry (1840).

The great secret of morals is love, or a going out of our own nature, and an identification of ourselves with the beautiful which exists in thought, action, or person, not our own. To be greatly good, we must imagine.

Friday essay: can looking at art make for better doctors?

Moral imagination is creative. It helps us to find better ways of being. It’s a form of empathy that encourages us to be kinder and more loving to ourselves and each other. “Beauty is truth, truth, beauty – that is all ye know on earth and all ye need to know,” declared the poet Keats. “I am certain of nothing but the holiness of the heart’s affection and the truth of the imagination.”

Our moral imagination can put us in touch with all that is truthful and beautiful in the world, in ourselves, and in each other. “All worthy things, all worthy deeds, all worthy thoughts, are works of art or of imagination”, wrote W. B. Yeats in his preface to the poetry of William Blake.

Shelley believed that we can exercise our moral imagination “in the same manner as exercise strengthens a limb”.

We can all engage in some moral exercise.

Pick up some poetry. You don’t have to lift a heavy-weight tome. Whether you read it online or in a dusty old volume, Shelley argued that poetry is capable of “awakening and enlarging the mind itself by rendering it the receptacle of a thousand unapprehended combinations of thought.” It is “the most unfailing herald, companion, and follower of the awakening of a great people to work a beneficial change in opinion or institution.”

Rep your reading. Doing your reps has never been so easy. Just read it again. Vernon Lee suggested in her book Hortus Vitae (1903):

The greatest pleasure of reading consists in re-reading. Sometimes almost in not reading at all, but just thinking or feeling what there is inside the book, or what has come out of it, long ago, and passed into one’s mind or heart, as the case may be.

Alternatively, a more energetic “close reading” might engender critical empathy, a deliberate method of thinking, aimed at being value-neutral.

Build your movie muscle. Tap into the big magic of creativity via the movies. Take regular visits to a relaxing moral realm to build up some strength, and don’t fear becoming a couch potato. Writer Ursula Le Guin suggests that while viewing a story on screen is a passive exercise, it still engages us in another world, where, for a while, we can imagine ourselves to be.

Let art energise you. View and display inspiring and thought-provoking artworks. Vernon Lee claimed that spectators empathise with works of art when they call up memories and associations. This can cause bodily changes in posture, such as standing still or slowing our breathing.

Let music move you. To en-chant means “to infuse with song”. While music can be wordless, it infuses us with empathy. According to recent (2018) research published in Frontiers journal, “music is a portal into the interior lives of others”. Dance can also contribute to what has been conceptualised as “kinesthetic empathy”. Spectators can internally mimic or simulate the movement of dancers.

Give your own creativity a work-out. It doesn’t matter how out of shape you are. Whether it’s painting, writing, music making, singing, dancing, crafting - “the Possible’s slow fuse is lit by the Imagination,” wrote poet Emily Dickinson.

The arts are alchemical, transformative processes. Being creative helps us to find new, true, better ways of being. “We may behave imaginatively; envisioning and eventually creating what is not yet present,” wrote Mary Richards, author of Opening our Moral Eye.

Today’s current populiser of empathy, Brene Brown, has argued that creativity is vital in order to “dare greatly”. Whether it’s a painting, or a patchwork quilt, when we create something, we step into the future, we trust in the destiny of our own creations. We learn to trust that we can create our own reality.