House Democrats may seek testimony from Ivanka as part of their investigation into Trump Tower Moscow: report 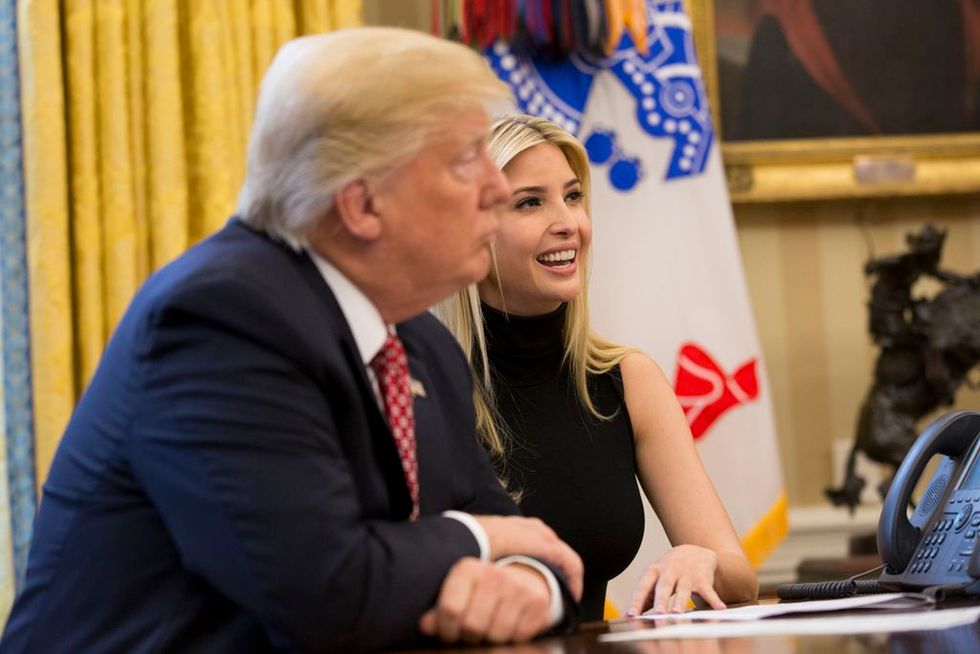 House Democrats may seek testimony from first daughter Ivanka Trump in their investigation into Russia’s influence in the 2016 presidential election and potential ties to Donald Trump, Axios reports.

According to the report, the new House majority signaled their intent at a roundtable with reporters this week. One lawmaker noted the party has “made no decision as to Ivanka Trump,” but pointed to public reports “about her involvement in the Trump Tower Moscow deal.”

Communications relating to the ill-fated Trump Tower Moscow deal occurred in tandem with Trump’s presidential run. Trump’s former personal attorney Michael Cohen pleaded guilty in November 2018 to lying to Congress about the project. Cohen originally told a Senate committee that the deal was scrapped in January 2016; in fact, the project continued until at least June 2016.

“[Ivanka] may very well have relevant information,” the lawmaker said, according to Axios.

The investigation into Ivanka’s role in Trump Tower Moscow is part of a larger oversight probe Democrats intend to pursue as the new majority. As Axios reports, at least three House committees are involved in the wide-ranging investigation.

One member told Axios that House Democrats plan to look into the Trump family finances, despite the president warning special counsel Robert Mueller that doing so would be a “red line.” Unlike with Mueller’s investigation, Trump has little say over whether a House investigation into his private business continues. One House member told Axios:

"If we didn't look at his business, ... we wouldn’t know what we know now about his efforts to pursue what may have been the most lucrative deal of his life, the Trump Tower in Moscow — something the special counsel's office has said stood to earn the family hundreds of millions of dollars."