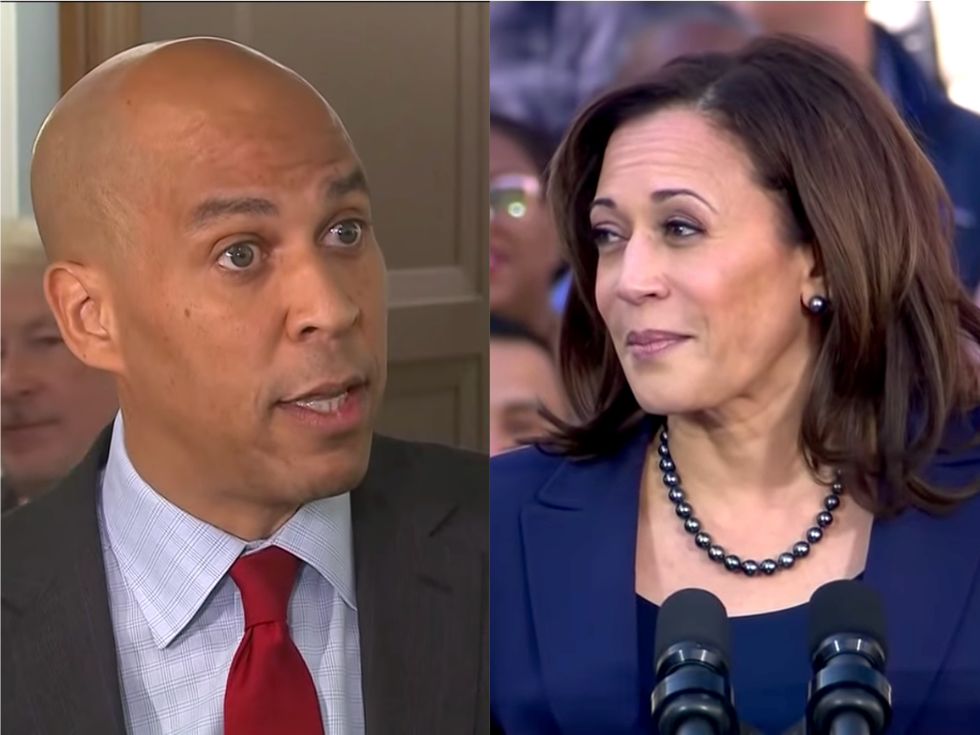 Sen. Cory Booker (D-NJ) joined the race to be the 2020 Democratic presidential nominee on Friday, joining an already diverse field of candidates who have put themselves forward.

While many see this diversity as a strength of the Democratic field, for others, it causes consternation. Michael Avenatti, who for a time toyed with the possibility of a 2020 bid, is one of the most prominent people to have claimed that a white male candidate would be best positioned to defeat President Donald Trump — a claim that triggered a backlash.

A questioner a at CNN town hall with Sen. Kamala Harris (D-CA) brought up a similar point, asking how he should respond to person who says that a male nominee is necessary to beat the president in 2020. Harris mostly laughed and said that Americans a better than that.

And in fact, there is no good reason to think that a the next nominee needs to be white, male, or both in order to successfully take on Trump.

As Seth Masket explained in the the Pacific Standard, there's little empirical evidence that supports the conclusion that women or people of color would be automatically disfavored.

Recent history, too, belies the hypothesis. President Barack Obama's historic wins in 2008 and 2012 came despite many doubters thinking his race would present and insurmountable barrier. Many even feared before his first election that, despite the polls showing strongly in his favor, the "Bradley effect" could hide a significant racial backlash against him.  Those warnings emerged again in 2012. But it was not to be — the fact was, Obama was a strong candidate and a skilled campaigner.

There should also be little doubt that, had Obama been able to run in 2016, it's overwhelmingly likely that he would have beaten Trump.

The significance of Hillary Clinton's ill-fated run against Trump is also exaggerated. It's true that she lost to a much less experienced candidate in what many considered to be an extremely favorable landscape for her. And while she certainly fought a deluge of misogyny, it's far from clear that her gender was a debilitating factor in her race. With the devastating timing of Jim Comey's letter, inference from the Russians, a decades-long smear campaign, and her own failings as a candidate, she had a lot going against her. And even still, it must be remembered that she came out two points ahead of Trump in the national popular vote. It didn't swing the election, but this difference disproves the facile notion that the country as a whole wasn't ready for a female candidate.

One might nevertheless argue that a white male would have a particular advantage of a person of color or a woman in the key battleground states that gave Trump the presidency: Pennsylvania, Wisconsin, and Michigan. But the election is still a long way out, and it's usually far too simple to assume the next election will be fought on the exact safe turf as the previous election. New states may be in play for Democrats, like Georgia and Arizona, and maybe even Texas.

And while the Rust Belt states do have whiter than average populations, that can hardly be given as a reason that a person of color couldn't win them — because Obama did.

None of this is to say, of course, that people of color or women running in 2020 won't face particular challenges because of their identities. They certainly will. But they may also face corresponding enthusiasm for their historic candidacies that cancels out any negative effect. And the fact that someone has gotten to the place where they can challenge the sitting president of the United States means that they've found a way to overcome many of the obstacles in their path — and potentially turned any prejudice they face to their own advantage.

So, no, we shouldn't buy into the myth that only a white man can defeat Trump. This idea is a product of the bizarre magical thinking that gained traction after the president's surprising election, positing he had some kind of special connection to the heart of the country.

He doesn't — he remains an unpopular president, and people are hoping for something new. Voters should feel free to choose a challenger for Trump, if that's what they want, without worrying that whiteness or maleness is a necessary precondition to victory — whether it's Booker, Harris, former Vice President Joe Biden, Sen. Elizabeth Warren (D-MA), or someone else entirely.