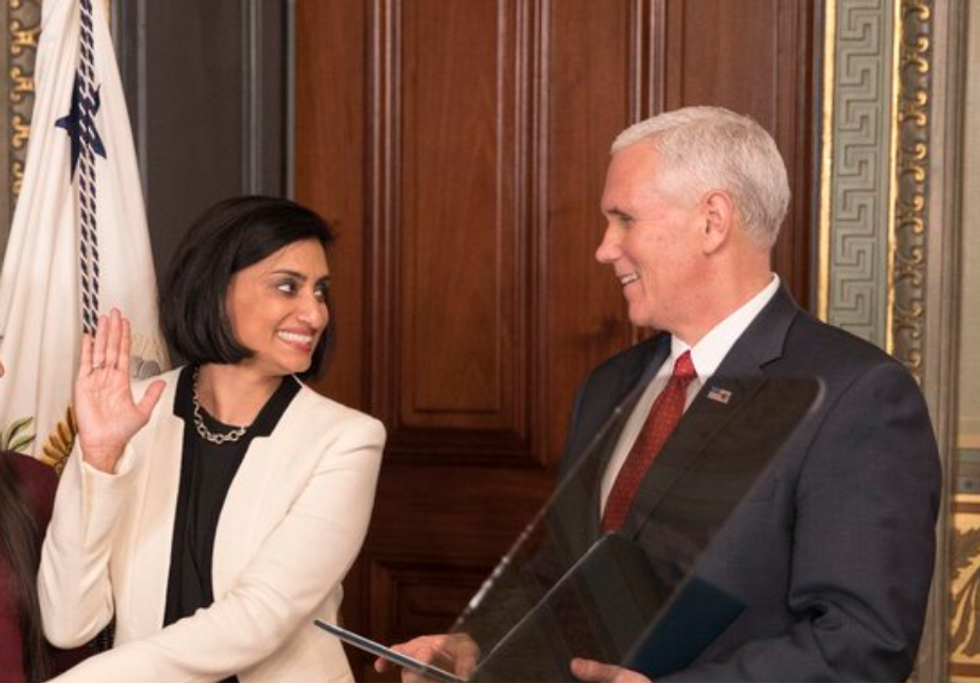 One of the major policy accomplishments of the 2018 midterm elections was to be the further expansion of Medicaid into Red America, after resounding ballot referendum victories. In Utah, voters approved Medicaid expansion by 54 percent, while in Idaho, voters approved it by 60 percent. If fully implemented, it would grant health care to tens of thousands of low-income Americans.

So naturally, Republicans in both states are trying to kill it in the cradle.

In Utah, the state Senate just passed a bill that would cut back eligibility for expansion from people making 138 percent of the poverty line, or $16,750 per year for an individual, to 100 percent of the poverty line, or just $12,140 per year. The bill would also automatically freeze enrollment if costs exceed the funding appropriated by the legislature, which is ironic given that the GOP's proposal would cost seven times more than the original ballot proposition over the next four years even while covering fewer people.

Meanwhile, GOP lawmakers in Idaho are debating a number of changes to the voter-passed initiative, including co-pays, lifetime coverage limits, and work requirements. Any of these would be a disaster for low-income people who need care — since Arkansas adopted its work requirement policy for Medicaid, 17,000 people have been thrown off the program, many of whom may actually have been working but who live in rural areas without internet coverage where reporting their work to the state is almost impossible.

In addition to violating the spirit of the voters' decision, Republicans in both states will need a waiver from the Centers for Medicare and Medicaid Services (CMS) to enact these changes, which violate the federal guidelines of the Medicaid program. However, President Donald Trump's CMS administrator, Seema Verma, is an anti-government fanatic who has been enthusiastically exempting states from any Medicaid rules that prevent them from disenrolling the poor. Utah Gov. Gary Herbert's deputy chief of staff Paul Edwards has said he is in contact with CMS and "we are encouraged by what we are hearing."

This is not the first time Republicans have flouted the voters' decision to expand Medicaid. After voters in Maine backed expansion in 2017, then-Gov. Paul LePage just flatly refused to implement it. "You can tell the Maine people: I would go to jail before I put the state in red ink," he said defiantly. "And if the court tells me I have to do it, then we're going to be going to jail." His Democratic successor, Janet Mills, enacted the expansion in January.

On other occasions, Republicans have resorted to blatant trickery to undermine the popular vote. In Michigan, when voters gathered the signatures for ballot measures on paid sick leave and a minimum wage increase, the GOP-controlled legislature got around it by passing these measures as regular bills, then severely cutting them back after the election.