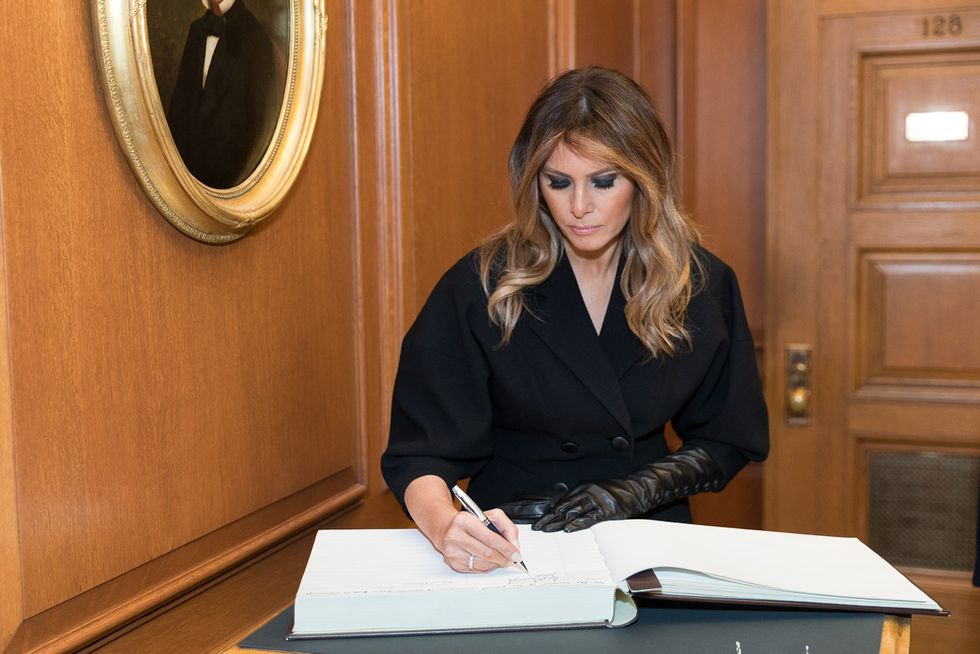 For the most part, President Donald Trump's guests to Tuesday's State of the Union address are predictable. He has invited the family of a couple killed by an undocumented immigrant, an official investigating human trafficking, former convicted drug trafficker Alice Johnson, survivors of the Pittsburgh Tree of Life Synagogue massacre, a recovering opioid addict, a laid-off sawmill employee who got his job back, and a child cancer survivor.

But one of the guests on his list, invited by First Lady Melania Trump and the president, is truly bizarre:

To be clear, bullying is a serious issue, and no child should have to go through it. But it seems weird, and more than a little narcissistic, that this would be the bullying victim chosen by the Trumps.

For instance, why not bring one of the millions of Hispanic children that has had to endure taunts about the border wall from as soon as Trump started his campaign? Or why not bring in one of the transgender students who has faced bullying based on what bathroom they use, cases that Trump's Department of Education are no longer pursuing? Or if the Trumps are so concerned about bullying based on their name, how about the African-American student in Tennessee who was blocked from entering his classroom by two white students shouting "Trump! Trump!"?

One of the planks of Melania's "Be Best" campaign, which was first advertised with a pamphlet plagiarized from President Barack Obama's Federal Trade Commission, is to combat cyberbullying. And while that is a worthy goal, it is hard to take seriously given one study found areas that voted for Trump saw sharp upswings in school bullying, and given that Trump himself is the world's most famous cyberbully.