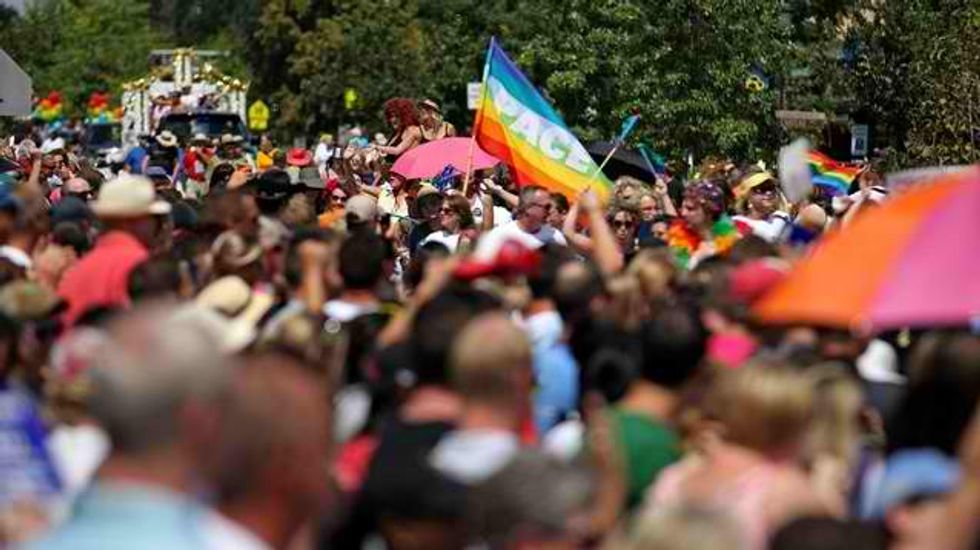 LGBTQ persons all around the country still face discrimination at every turn. Depending on where they live, they can be fired for bringing their partner to work or denied the right to adopt children. But one of the big milestones for LGBTQ equality this decade was the Supreme Court's ruling, in Obergefell v. Hodges, that same-sex couples have a constitutional right to marriage.

Some Republicans in Tennessee, however, have a plan to reignite that seemingly-settled battle: They'll simply ignore the ruling and dare the federal courts to stop them.

On Friday, the Tennessean reported that Republicans in the legislature plan to introduce the Tennessee Natural Marriage Defense Act, which would declare Obergefell null and void in the state, prohibit any government officials from recognizing the ruling (which would presumably apply to judges officiating weddings and clerks issuing marriage licenses), privilege officials from arrest for failure to comply with federal case law on same-sex marriage, and — in the event the law is challenged — compel the state attorney general to defend it.

The bill, introduced by Republican Sen. Mark Pody and Rep. Jerry Sexton, was also introduced in 2017 but failed to advance. A previous analysis suggested it could have cost Tennessee up to $9 billion in federal funding for the state Medicaid program and the Department of Health.

Previous attempts by Republicans to defy the Supreme Court's ruling on same-sex marriage have not gone well. Rowan County, Kentucky Clerk Kim Davis became a right-wing cause célèbre after she was arrested for contempt of court after refusing to issue marriage licenses to same-sex couples. She lost her re-election bid last year, and lawyers for Kentucky Gov. Matt Bevin, one of her biggest supporters, are now demanding she pay her own legal fees for the fight. Alabama Chief Justice Roy Moore directed courts in his state to ignore the ruling and was ultimately fired from the bench by the Alabama Court of the Judiciary — the second time this happened in his political career.

Even if Republicans in Tennessee pass this bill, it is unlikely to survive a court challenge. However, with President Donald Trump and Senate Republicans doing their utmost to fill as many judicial seats with far-right nominees as he can, opponents of civil rights clearly believe that nullifying the federal courts on this issue, and hoping that a more conservative bench turns back the clock, is worth a try.