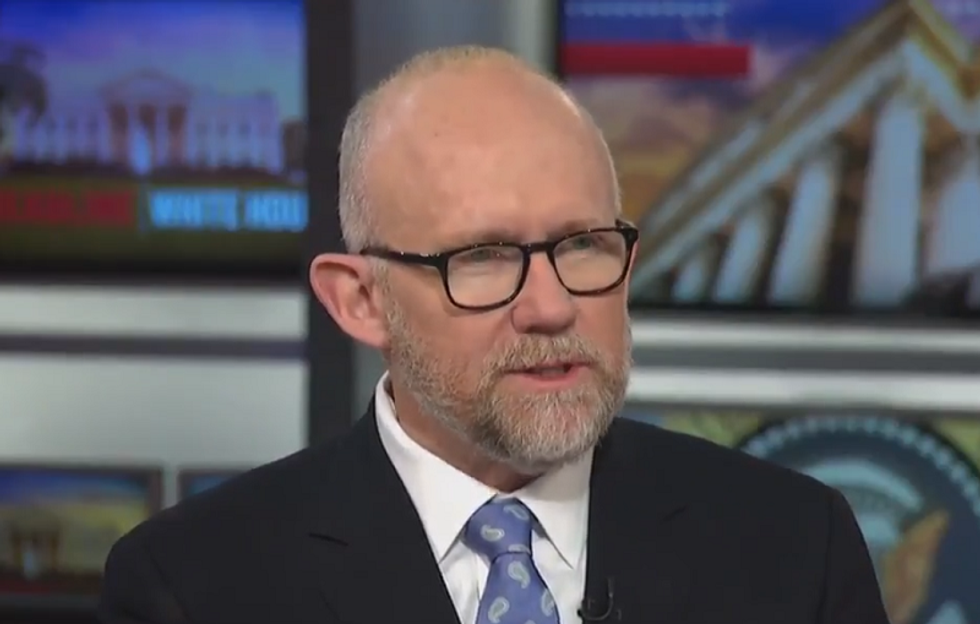 Stephen Miller is one of the only remaining hardcore alt-rightists remaining in President Donald Trump's White House after the departures of Steve Bannon and Sebastian Gorka. But he remains an influential figure, having steered much of Trump's agenda for cutting immigration and asylum and may have helped urge Trump to keep last month's government shutdown going.

But even Miller seems unable to justify the administration's latest decision to declare a national emergency to divert federal funds to constructing a border wall. He faced a hostile atmosphere when he went before Fox News' Chris Wallace for an interview this weekend. During the interview, Wallace pointed out to Miller that 80 to 90 percent of drugs in illegal smugglings are seized at ports of entry, and challenged him, with no response, to name one other example of a president using a national emergency to do something Congress explicitly rejected.

"And Stephen Miller just getting spanked by Chris Wallace was, it's glorious television, because he's terrible at it," Wilson continued. "I mean, if I wanted Stephen Miller's expertise, I’m going to ask him about human taxidermy, not about, you know, the wall or the law. He is a weird dude to put on TV, and even Chris Wallace was like, 'I'm not playing the game. You can't defend this. This is wild executive overreach.'"

"And, you know, Miller gamely slogs through it, but it is a symbol, though, of how close they have one issue they're going to cling to until the very end." Wilson continued.