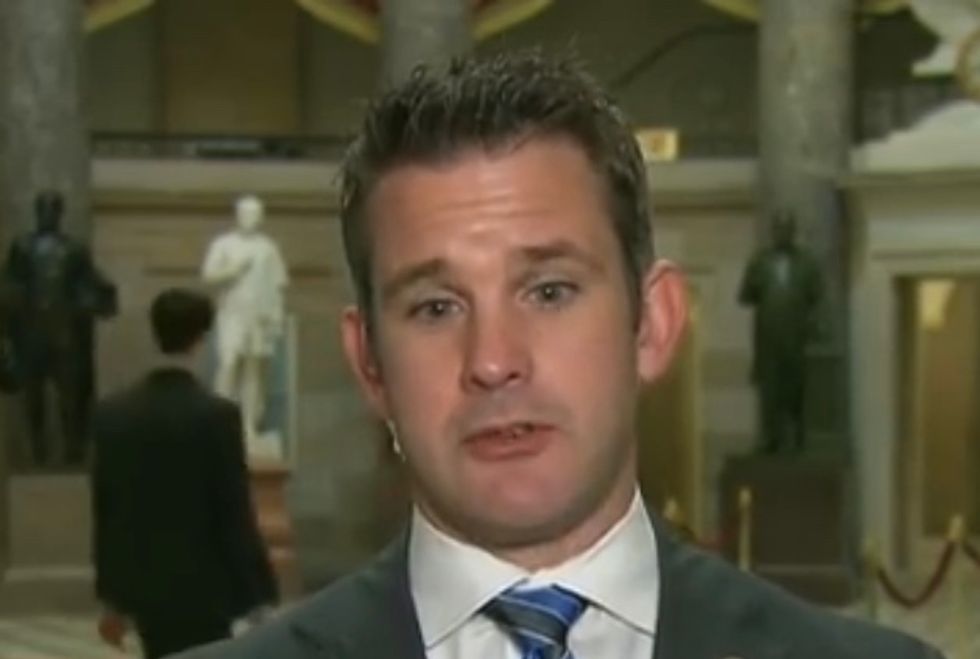 On Tuesday, the Associated Press reported that Rep. Adam Kinzinger (R-IL) is under investigation for attacking Gov. Tony Evers (D-WI), who commands the state National Guard in which he is commissioned.

Evers, who defeated infamous firebrand GOP Gov. Scott Walker last year, withdrew the Wisconsin National Guard from the border, saying there was "no justification" for deploying them to help President Donald Trump with immigration enforcement. Kinzinger, a lieutenant colonel Air National Guard pilot who was deployed to the border earlier this month, roundly trashed the decision, tweeting he was "deeply disappointed" and demanding of Evers, "your guardsmen saved many lives and protected our country on this mission. Did you go visit them on the border to see for yourself? Or did you make your decision based solely on politics?"

He also criticized the governor in an appearance on Fox News, saying he was cowardly for not announcing the decision earlier in the day.

Kinzinger denies any wrongdoing. "The Congressman is off-duty, and has the right to exercise his freedom of speech as he so chooses, just as he has done when critical of the current President and the President before him," said Kinzinger's spokeswoman, Maura Gillespie, in a written statement.

Bur University of Wisconsin-Madison law professor Donald Downs says he is not aware of any exception in the law for officers who are off duty. Downs said that the First Amendment could theoretically protect Kinzinger's criticism, but that it might not apply if Kinzinger was criticizing a specific order from a superior, in his capacity as a National Guardsman, rather than a citizen protesting a political decision.

Kinzinger, who represents Illinois' 16th Congressional District in the north-central region of the state, is an enthusiastic supporter of Trump's border policy. He has said that Trump is right to want a border wall because the walls in his house keep out "critters."