From fixer to foe: How Michael Cohen went from taking 'a bullet' for Trump to revealing the president's crimes to Congress 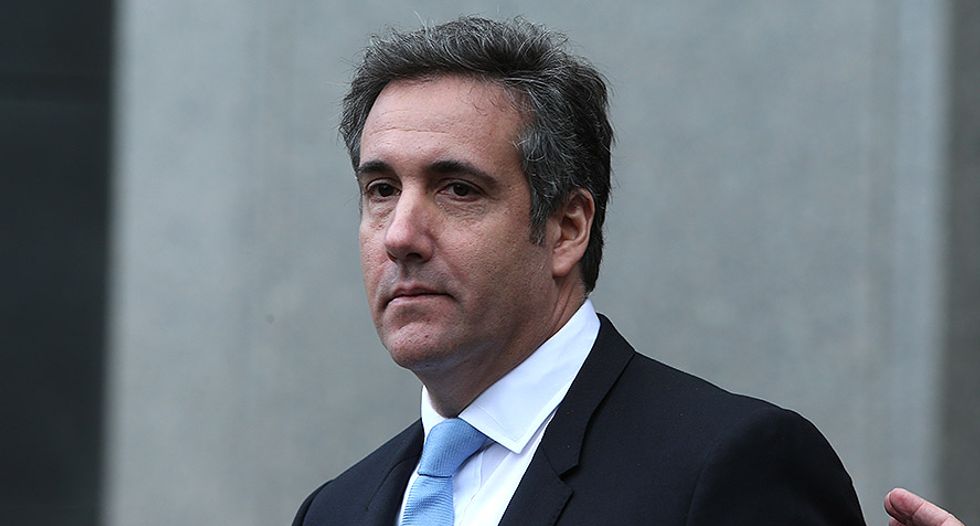 With President Donald Trump’s former personal attorney and fixer, Michael Cohen, testifying before three congressional committees this week—the Senate Intelligence Committee, the House Oversight Committee and the House Intelligence Committee—it is obvious that there is no love lost between Cohen and Trump at this point. But for over a decade, Cohen played an important role in the Trump Organization. And in a new Vanity Fair piece, reporter Emily Jane Fox describes the reasons why the relationship went sour and Cohen “plans to air the president’s dirty laundry during three days of congressional hearings.”

Fox, a frequent guest on MSNBC and CNN, has interviewed the 52-year-old Cohen in the past. She was interviewing the attorney in his office on Valentine’s Day 2018 when President Trump himself called. Cohen, Fox recalls, once told her he would gladly “take a bullet” for Trump.

But now, Trump and Cohen express nothing but contempt for one another. And Cohen, Fox notes, “is prepared to provide a first-person narrative” to members of Congress “of the crimes to which he has pleaded guilty, particularly surrounding his role in hush-money payments.”

Some of those hush-money payments, Fox points out, were made to adult film star Stephanie Clifford, a.k.a. Stormy Daniels, who alleges that she had an extramarital affair with her.

“Cohen’s final stand in D.C.—the specter of a convicted felon making potentially sordid allegations against a sitting president on live television—is likely to be spectacular political theater, perfectly construed for our reality-TV, post-reality times,” Fox writes. “What makes it all the more striking is how precipitously the relationship between Cohen and Trump has devolved.”

Fox pinpoints some of the reasons why Cohen’s relationship with Trump went sour in 2018.

“Around a year ago, as news of the Daniels hush-money payment began to reverberate, Cohen kept in close touch with the president, visiting him twice at Mar-a-Lago and speaking with him near daily on the phone,” Fox recalls. “It wasn’t until after Cohen’s home, office and hotel room were searched by the FBI in early April (2018)…. that the cracks in the relationship began to show.”

Fox continues, “Trump soon distanced himself from Cohen and his legal troubles, saying in interviews with Fox News that Cohen did very little legal work for him, and that Cohen was being investigated for crimes unrelated to him. Squabbles over who would foot Cohen’s legal bills intensified the rift, as did what Cohen perceived to be a coordinated strategy by people in Trump’s orbit to discredit him.”

Cohen goes on to say that in August 2018, Cohen testified “under oath” and “publicly implicated his former boss in committing a felony by directing him to make payments to Daniels. But Trump, potentially protected by Justice Department guidelines that suggest a sitting president cannot be indicted, has so far not been touched by the arms of justice. Nor have his approval ratings among supporters budged much. That could change on Wednesday, when Cohen is given a platform to elucidate the president’s alleged crimes.”

Dean served as White House counsel under the Nixon Administration—that is, before he flipped on President Richard Nixon and became a valuable source of information for the Watergate prosecutors. Now 80, Dean has often discussed Trump’s legal perils during his appearances on CNN and MSNBC.

“Dean himself was sentenced in August 1974 to one-to-four years in a minimum-security prison, part of which he served at a safe house near Baltimore,” Fox observes. “Decades later, he is better remembered for the lies he exposed than his own crimes. Cohen, as he prepares to speak his truth before the world, might be hoping for the same.”