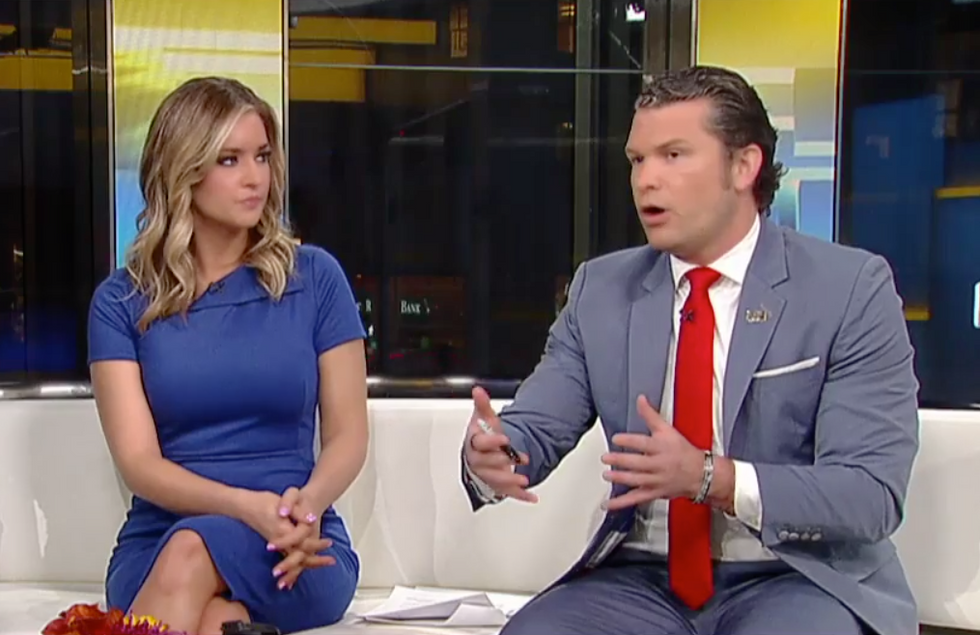 That's how "Fox & Friends" began its discussion Sunday of Rep. Alexandria Ocasio-Cortez's office pay scales, a topic she drew attention to in a tweet on Friday:

For "Fox & Friends," this decision was a choice to "redistribute" the money she is given to pay staffers. In fact, it's just distribution, not "redistribution," which typically refers to payments and transfers made through the tax system. The hosts noted that, since Ocasio-Cortez has a fixed set of funds to pay staffers like any other lawmaker, she will have to pay people like her chief of staff a lower wage than is typical to make up for the fact that she's paying entry-level staffers more.

"She said, 'Everyone in my office will be paid a living wage,'" said host Peter Hagseth. "'So I'm going to pay $15 an hour.' Which means your entry-level intern is 52 grand, while your chief of staff, who has a very important role on a congressional office, now is capped at 80. As opposed to the actual market rate at Capitol Hill, which is closer to $150,000. So everyone's between 52 and 80. It's actually socialism and communism on display."

In such a short rant, Hagseth got so much wrong. Most obviously, getting paid $15 an hour doesn't amount to a $52,000 salary — it's about $31,200. He has confused advocacy for a $15 minimum wage for Ocasio-Cortez's baseline pay. While it's easy for anyone to make a basic math error on live TV, this mistake is particularly revealing. Anyone familiar with these sorts of pay scales would know immediately that $15 an hour is well below $52,000 a year. Hagseth clearly hasn't actually spent much time thinking about what these rates actually mean for working people if he can't make sense of the numbers.

But perhaps more importantly, his claim that Ocasio-Cortez's more egalitarian, though not equal, pay scales amounts to socialism or communism is pure nonsense. Even in capitalistic societies, some employers will choose different salary structures for various reasons. If you conceive of U.S. lawmakers in a competitive market for staffers, Ocasio-Cortez has simply made a rational decision that she thinks makes sense for her office. By paying higher salaries to entry-level staffers, she may be able to attract more applicants. But the pay scales also reflect her more egalitarian values, which will help her attract the staffers who share those ideals. For Hagseth and others at Fox News, though, the idea that a highly qualified chief-of-staff may be paid less so entry-level staffers could be paid more is a threat to the hierarchies they prefer to see in the world.

In which Fox attacks @AOC paying her staffers a living wage as "communism" and botches basic math by deciding that… https://t.co/x3NNCGKyJM
— Steve Morris (@Steve Morris) 1551024754.0