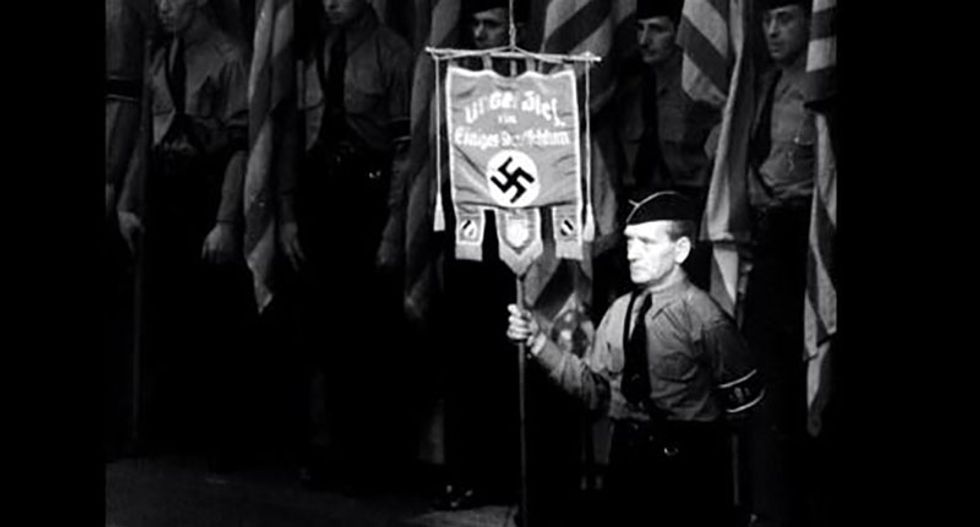 The CEO of Fox News personally intervened in a small ad buy, rejecting a 30-second spot promoting an Oscar-nominated anti-Nazi documentary film. According to The Hollywood Reporter, which broke the news, Fox News' Suzanne Scott said in an email the network would not run the ad because it was "not appropriate for our air."

The film's producers wanted to run the ad during Fox News' "Hannity" show.

The documentary is, "A Night at the Garden." THR reports the ad "recounts a 1939 Nazi rally in New York City, and a warning — 'It Can Happen Here' — to Hannity's largely conservative viewers about the potential dangers of President Donald Trump's brand of populism."

The film's director, Marshall Curry, says it "shines a light on a time when thousands of Americans fell under the spell of a demagogue who attacked the press and scapegoated minorities using the symbols of American patriotism."

The documentary is short, just over seven minutes, and can be viewed online free.