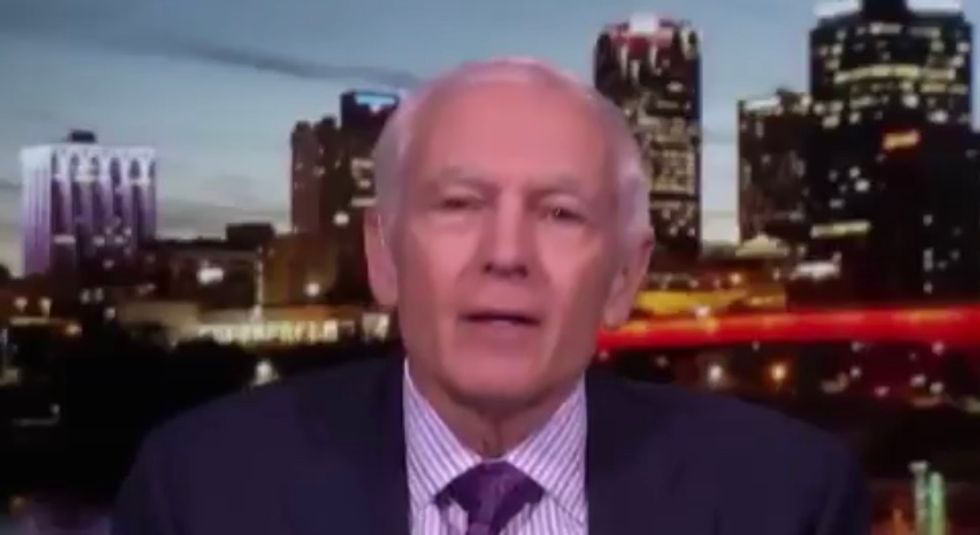 President Donald Trump will be delivering his second State of the Union address on Tuesday night. But it is unclear what he has to show for his previous year, particularly on matters of foreign policy.

On MSNBC, former NATO Supreme Allied Commander Wesley Clark laid out the record Trump is bringing before the American people.

"When you look at the accomplishments, they're pretty thin actually," said Clark. "Let's take Korea, for example. So he's had a summit. But actually, the evidence shows that Kim Jong Un is still building his program. Take Syria. He said we were going to get out. A lot of people are ready to get out of the Middle East and Afghanistan, but the point is, there wasn't any strategic rationale, and people who work for him say it's a really bad idea, there's a congressional resolution against it. Take Afghanistan. Essentially that's going to be, yes, we might get a peace agreement, but it'll be a fig leaf, because it looks like this is a way of sort of blessing the Taliban taking over if they promise ISIS won't be there."

Indeed, aside from a minor update to NAFTA that hasn't been approved by Congress yet, the only tangible things Trump can claim to have accomplished in the foreign policy sphere have been tearing down previous international agreements, not creating any new ones. He pulled the United States out of the Iran nuclear deal, even though his own intelligence officials have found no evidence that was necessary, and ripped up the Intermediate-Range Nuclear Forces (INF) Treaty, which threatens to draw America into a new arms race with Russia.

Ultimately, Trump will take the podium tonight with very little he can talk about on the world front. At least, not if he discusses it honestly.