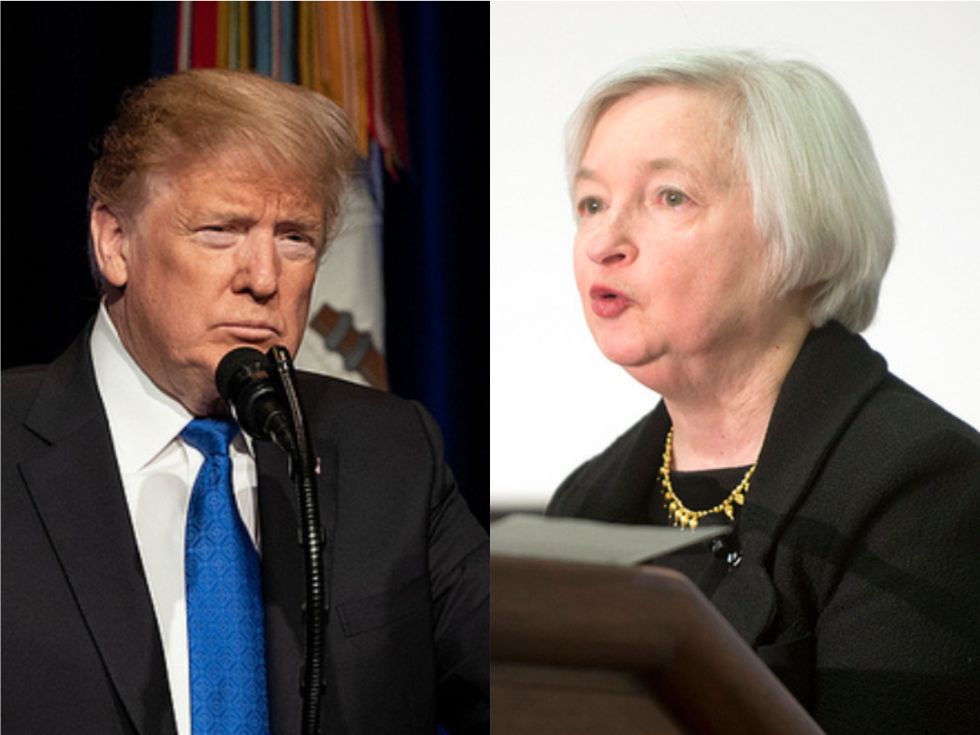 Former Federal Reserve Chair Janet Yellen wasn't renominated to a second term as the head of the U.S. central bank because President Donald Trump wanted to make his own mark on the institution — despite the fact that her replacement holds broadly similar views and she was widely seen as a steady hand at the helm of monetary policy.

And in a new interview published Monday, Yellen had critical — though measured — words about the president and his limited understanding economic policy. Speaking with MarketPlace editor Kai Ryssdal, she was asked to react to Trump's norm-breaking vocal attacks on the current Fed Chair Jerome Powell.

"President Trump's comments about Chair Powell and about the Fed do concern me, because if that becomes concerted, I think it does have the impact, especially if conditions in the U.S. for any reason were to deteriorate, it could undermine confidence in the Fed," she told Ryssal. "And I think that that would be a bad thing."

She was also blunt in her assessment of Trump's understanding of the Fed's role and economic management more broadly — an area of policy in which the president believes himself to be an expert.

"Do you think the president has a grasp of macroeconomic policy?" asked Ryssdal.

"No, I do not," said Yellen. "I doubt that he would even be able to say that the Fed's goals are maximum employment and price stability, which is the goals that Congress have assigned to the Fed. He's made comments about the Fed having an exchange rate objective in order to support his trade plans, or possibly targeting the U.S. balance of trade. And, you know, I think comments like that shows a lack of understanding of the impact of the Fed on the economy, and appropriate policy goals."

The former fed chair was also critical in the interview of Trump's aggressive trade policy and liberal use of tariffs.

"I think my own view is that those shifts are likely to be adverse for the U.S. economy, to the extent that some of these things are bargaining chips, with the hope of lowering trade barriers generally," she said. "I suppose the outcome of that, if it's successful, could be positive …

She also said she would have liked to have served a second term as Fed chair and that she misses working there, though she had confidence in current Chair Jerome Powell.