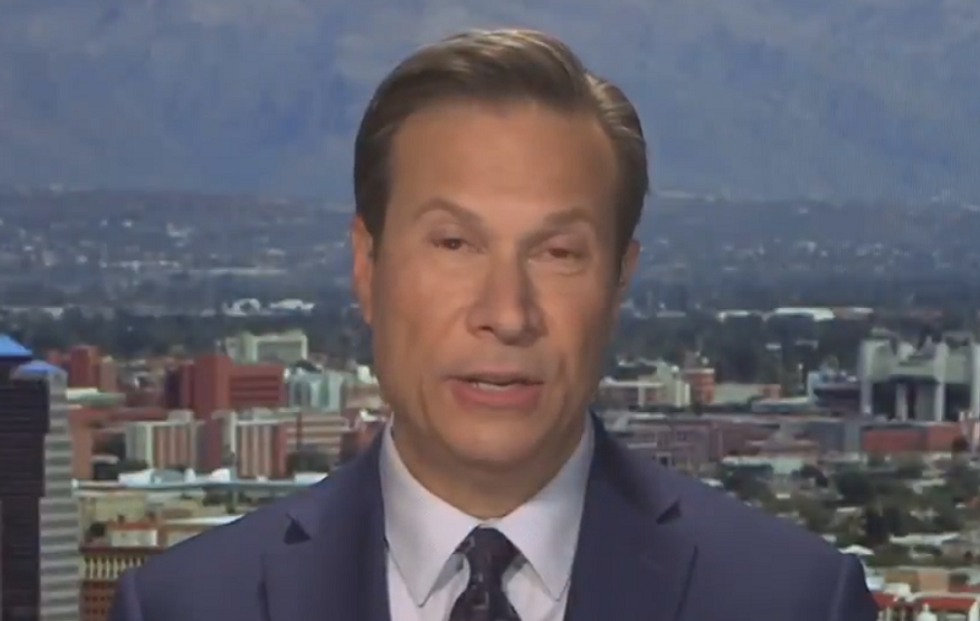 Acting Attorney General Matthew Whitaker's testimony to the House Judiciary Committee on Friday was a disaster even before it took place.

He initially threatened not to appear at all unless the House promised not to subpoena him, evidently missing the point of what a subpoena is. Once he was actually before the committee, he repeatedly stalled on answering questions, acknowledged he defied career officials' advice to recuse himself from special counsel Robert Mueller's probe, and effectively told Chairman Jerrold Nadler (D-NY) to shut up. The testimony ended with Nadler warning that the answers Whitaker gave were insufficient.

Whitaker's behavior before the committee, said former Assistant FBI Director Frank Figliuzzi on MSNBC's "Deadline: White House," was one of the most appalling things he'd ever seen.

"I am not kidding when I say I have interviewed terrorists who were more cooperative and respectful than Matt Whitaker was today," Figliuzzi told host Nicolle Wallace. "I say that with sadness, because the attorney general role is America's lawyer, we are his client, and we are represented by the congressmembers sitting in that room. And he treated us with utter disdain, sarcasm, barely trying to get through this seriously."

"This is basically thumbing your nose at oversight by the people," said Figliuzzi. "And the way he conducted himself today is an indication that he's not America's attorney — he's essentially seeing himself as Trump's attorney."

In response to Wallace's speculation that, with Senate Republicans scheduled to confirm William Barr as the permanent attorney general in his place, Whitaker might have been "auditioning" for another role in the Trump administration with his grandstanding at the hearing today, Figliuzzi agreed. But, he also pointed out, Whitaker's undoing could well be the allegations of prior misdeeds, including his involvement with a scam patent company.

"I do think Trump's gonna position him somewhere else," said Figliuzzi. "But here's the thing, let's put out a kind of cautionary statement to everybody. If you've got skeletons in your closet, if you've had criminal fraud allegations about your past and your private sector involvement, probably not the best idea to raise your hand and say, 'I want in on a Trump administration job.' Because we've not seen the last of Whitaker. I'm telling you, the FBI, ironically the organization he oversees in his current role ... those guys are looking at him criminally."

"Anyone else who's got visions of being that partisan in secretary, cabinet-level roles, needs to rethink their past before they sign up for what Trump is asking them to do," he concluded.