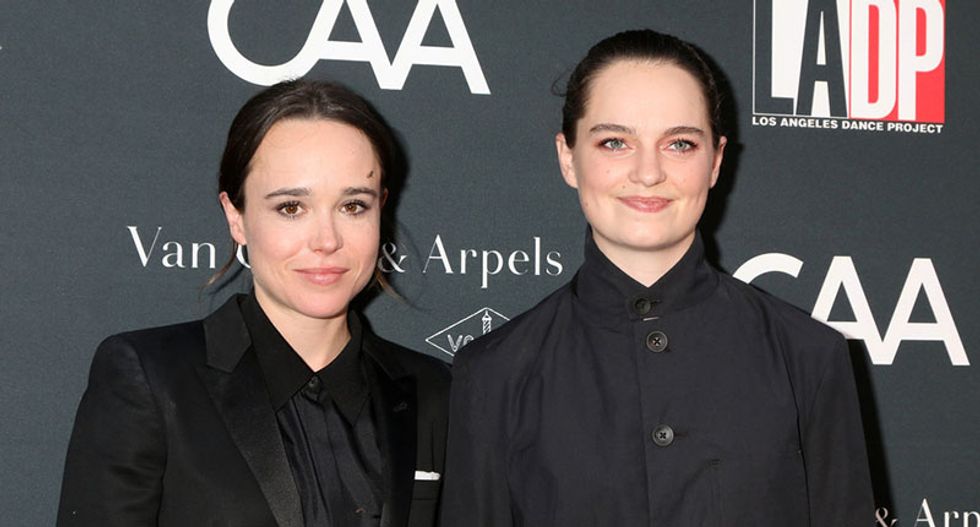 Ellen Page did not mince words and did not hold back in a powerful and strong attack on Vice President Mike Pence Thursday night. The 31-year old actress who married dancer Emma Portner last year appeared on "The Late Show" and blamed Pence for anti-LGBTQ hate and violence.

"Connect the dots," she urged the audience, linking the Vice President's staunch anti-LGBT agenda, including from when he was the governor of Indiana and a U.S. Congressman, to hate and violence.

"What do you think is going to happen? Kids are going to be abused, and they’re going to kill themselves. And people are going to be beaten on the street. I have traveled the world and I have met the most marginalized people you can meet. I am lucky to have this time and this privilege to say this. This needs to fucking stop."

Page was referring to her VICELAND show "Gaycation," during which she traveled to several countries around the world and interviewed anti-LGBTQ extremists.

"Sorry, I’m really fired up tonight, but it feels impossible to not feel this way right now with the President and Vice President Mike Pence, who wishes I couldn’t be married, let’s just be clear. The Vice President of America wishes I didn’t have the love with my wife. He wanted to ban that in Indiana. He believes in conversion therapy,” Page told Colbert.

Page said Pence "has hurt LGBTQ people so badly as the governor of Indiana, and I think the thing we need to know, and I hope my show 'Gaycation' did this in terms of connecting the dots, in terms of what happened the other day to Jussie [Smollett], I don’t know him personally, I send all of my love, connect the dots.”