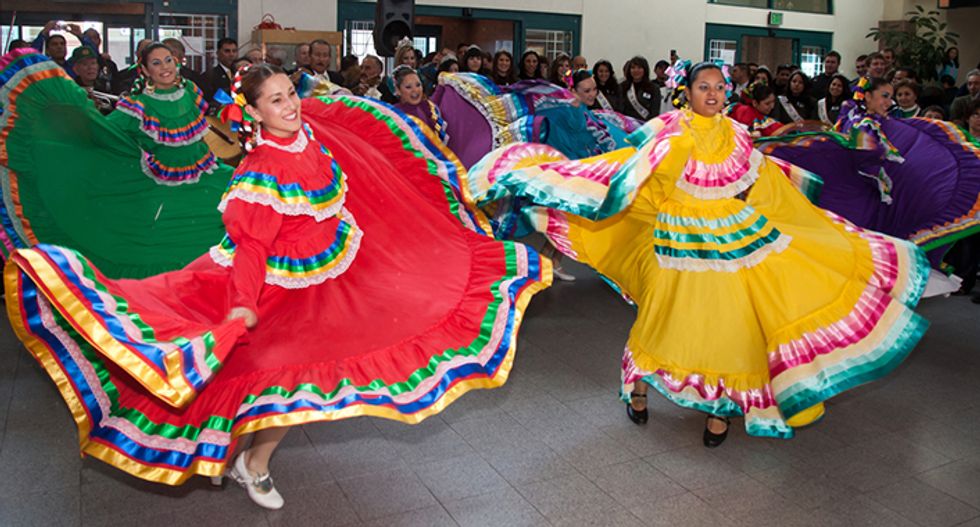 Lowriders. Dehydration. A sizzling car steering wheel in the middle of summer.

Just hours after President Donald Trump’s State of the Union remarks about this border city being a hotbed of violence, those were some of the tongue-in-cheek social media posts about the real dangers El Pasoans confront.

Residents here are used to their city being mischaracterized as a war zone by outsiders, an enduring impression that emerged more than a decade ago when its sister city, Ciudad Juárez, was in the throes of cartel and gang violence.

In his speech last week, Trump said El Paso was one of the nation's most violent cities — until a border fence was constructed in 2008. The dig at El Paso was part of a 14-minute passage about the U.S.-Mexico border — heavy on warnings from the president about the dangers illegal immigrants and criminal gangs pose to America — by a commander in chief intent on convincing Congress to pay for his long-promised border wall even as political gridlock over the issue threatens to bring another government shutdown later this week.

Negotiations to reach a compromise on immigration appeared to break down over the weekend; congressional negotiators said the impasse wasn't over wall funding, but how many immigrants Immigration and Customs Enforcement can detain. They had set a Monday deadline to find a solution in time for the House and Senate to vote before Friday's shutdown deadline.

That raises the stakes for Trump's planned rally Monday in El Paso, just miles from the Rio Grande. He’s expected to make an argument for expanded border security — and local and state leaders also expect him to double down on statements they say are flat-out lies about El Paso’s recent history.

“El Paso has always been safe, long before a wall was constructed," U.S. Rep. Veronica Escobar said in a campaign email sent Friday. “This Monday the President will travel to El Paso for a rally and attempt to use our community for a dog and pony show.”

While congressional Democrats do battle with the president over the border wall, El Pasoans have been striving to set the record straight about their city's crime rate and its relationship to a ramping up of immigration enforcement dating back to the early 1990s.

In the fall of 1993, an operation spearheaded by former El Paso Border Patrol Sector Chief Sylvestre Reyes, a Democrat who would later represent El Paso in the U.S. Congress for 16 years, caused the most significant drop in illegal border crossings in the city’s history.

Under Operation Hold the Line, Border Patrol agents lined up near the banks of the Rio Grande to act as a deterrent — rather than their typical strategy of patrolling the downtown area searching for immigrants after they'd crossed. About 400 of the sector’s 650 agents that year were sent to the front lines and spread across 20 miles of the border.

“As Border Patrol apprehensions and petty crime rates dropped in El Paso, the operation was hailed as a critical success in the popular press,” according to a 1997 report by the Congressional Research Service states. The report added that after additional agents were redeployed from other sectors to El Paso as the operation continued, apprehensions of undocumented immigrants decreased by 72 percent in fiscal year 1994. According to Border Patrol statistics, the number of apprehensions plunged from nearly 286,000 in the El Paso sector during fiscal year 1993 to about 79,700 the following year.

The strategy later spread to the San Diego Border Patrol sector and eventually became the blueprint for the Immigration and Naturalization Services' "prevention through deterrence” strategy across the southern border. (The INS was the immigration enforcement arm of the U.S. Department of Justice before its duties were assigned to agencies within the Department of Homeland Security in 2003.)

Meanwhile, Border Patrol went on a hiring spree to put more agents on the border. When Hold the Line began in 1993, the El Paso sector had about 600 agents. During the last year of the Bush administration in 2008, that had jumped to more than 2,500 and eventually reached a high of about 2,750 in 2010 under the Obama administration before declining again. The drop has continued since Trump took office: By the end of fiscal year 2017, the number of agents had dipped to 2,182 in the sector.

Though the president often makes a direct correlation between illegal immigration and crime, statistics show that even after the dip in apprehensions after Hold the Line was implemented, El Paso didn’t see its violent crime rate drop below the national average until well after the Border Patrol buildup began.

From 1993 to 2004, the city’s overall violent crime rate per 100,000 residents was higher than the national average, according to FBI and El Paso Police Department statistics. From 2005 to 2008 — before fencing was erected along the Rio Grande — El Paso’s violent crime rate fell below the national average. It began to rise again over the next four years, after the fencing went up.

The trend isn’t lost on El Paso Democrats, who have argued against more barriers for years.

“Our government built a border fence in El Paso in 2008, a misguided response to 9/11 (no terrorists have crossed the southern border and attacked this country),” former congressman and U.S. Senate candidate Beto O’Rourke tweeted. “It didn’t make us any safer. In fact crime in El Paso increased after [the fence] was built.”