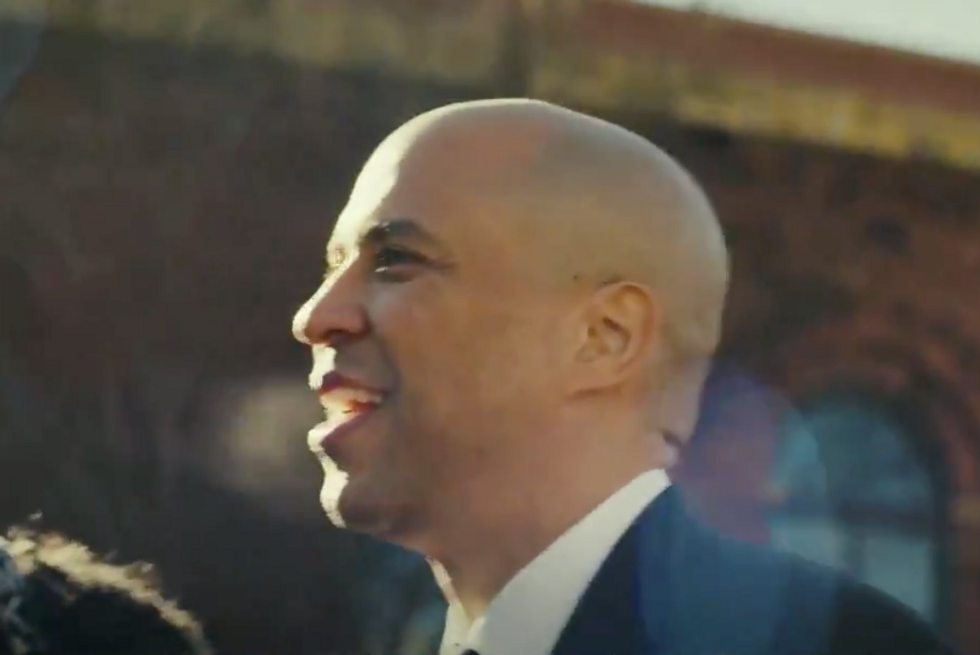 U.S. Senator Cory Booker, Democrat of New Jersey, has officially announced he is running for president, and did so with the release of a powerful video, "We Will Rise."

In the video Senator Booker, who is 49, notes he is "the only Senator who goes home to a low-income, inner-city community." Booker lives in Newark, New Jersey.

"In America we have a common pain but what we're lacking is a common purpose," Booker says as the video begins.

"The history of our nation is defined by collective action, by interwoven destinies of slaves and abolitionists, of those born here and those who chose America as home, of those who took up arms to defend our country, and those who linked arms to challenge and change it," Booker says strongly, in a clear nod to his heritage.

“I believe that we can build a country where no one is forgotten, no one is left behind; where parents can put food on the table; where there are good paying jobs with good benefits in every neighborhood; where our criminal justice system keeps us safe, instead of shuffling more children into cages and coffins; where we see the faces of our leaders on television and feel pride, not shame,” he added.