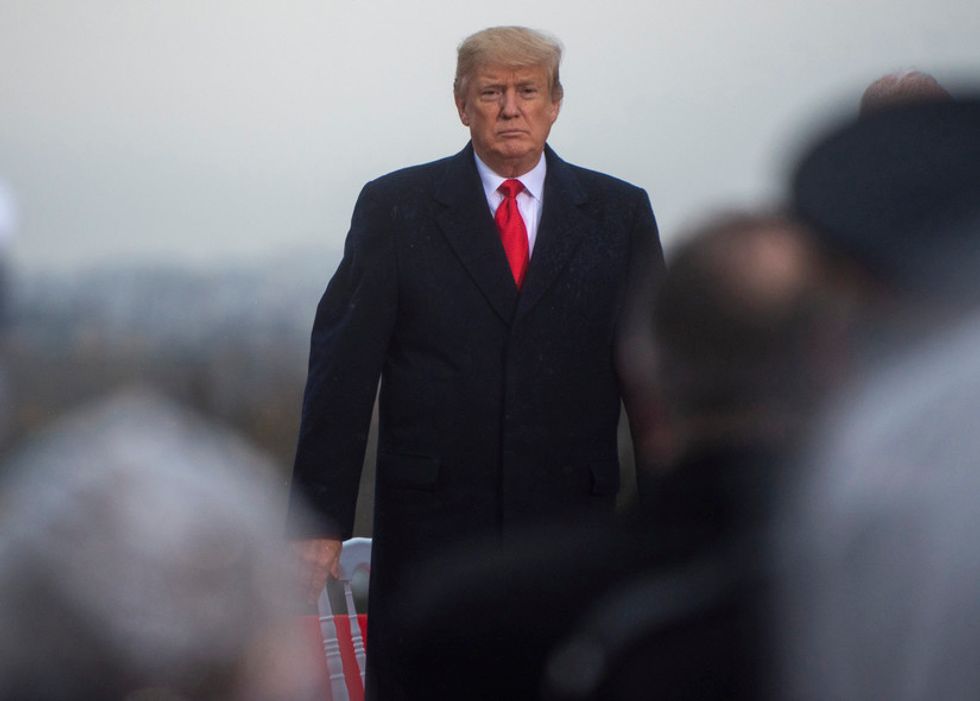 Whether it's true or not, multiple reports now suggest that some form of Special Counsel Robert Mueller's "report" will soon be released, and the U.S. political commentariat is bracing for the news.

Of course, no one seems to know for sure when any key documents from Mueller will be made public or when he will officially close up shop. But conservative writer Jennifer Rubin, a long-time critic of President Donald Trump, argued Thursday that whenever Congress receives Mueller's conclusions, the pressure will then be left to Congress to decided how to proceed. She has little doubt that Mueller will decline to indict Trump, so if criminal charges are warranted, impeachment will be the only option.

"The immediate consequences for the president will be political," she wrote in a new Washington Post op-ed. "Once Mueller is done, the host of other investigations will continue while the focus moves to Congress. Congress and the voters get the last say as to when and under what conditions Trump’s presidency will end."

Like everyone else, Rubin doesn't know what Mueller will ultimately conclude. And she notes that every step along the way, the special counsel has demonstrated that he is ahead of the game, revealing new explosive findings that haven't previously been known.

Speculating about what might be in the report, she wrote:

The only “collusion” by Trump we can definitively identify occurred in plain sight — his public request for the Russians to go find Hillary Clinton’s emails. WikiLeaks would later oblige, releasing the first emails within hours of the “Access Hollywood” tape’s release. (Trump’s efforts to pursue the Moscow Trump Tower deal despite Trump’s public denials provide a possible motivefor Trump to cover up his Russian connections, but do not on their face appear to be illegal.)

More likely to be included in Mueller’s report is a catalogue of Trump’s efforts to disrupt and interfere with investigations into his and his campaign’s Russia contacts. Trump’s role in concocting phony cover stories (regarding the reason for firing James Comey as FBI director, to explain the June 2016 Trump Tower meeting), his offers to pardon witnesses, his efforts to influence the Manafort jury by publicly disparaging prosecutors, his attempts to get then-Attorney General Jeff Sessions to unrecuse himself, his attempt to persuade Comey to go easy on Flynn, and any potentially misleading written answers by Trump to Mueller’s written questions could be laid out so as to bring us to the inescapable conclusion that Trump obstructed justice.

It should be noted that Mueller has already provided a provocative detail about Trump's call for the Russians to get Clinton's emails. An indictment of the GRU officers involved in the hacking said that the Russians actively tried to access Clinton's personal files the same day Trump explicitly made that public proclamation. There are also indications from the indictment of Roger Stone that the Trump ally may have had a role in ushering the release of the hacked emails on the day the "Access Hollywood" tape was released.

And for those who fear that the reported coming demise of special counsel's office means newly confirmed Attorney General William Barr is prematurely silencing Mueller, Rubin is deeply skeptical.

"I am less concerned than many that Barr, who is a respected lawyer and owes Trump no particular loyalty, will bury the report, especially if Mueller has obtained approval from the chief judge to release grand jury materials to Congress," she wrote. "Perpetuating rumors and speculation about what is in or not in the special counsel’s report serves no one’s interest."