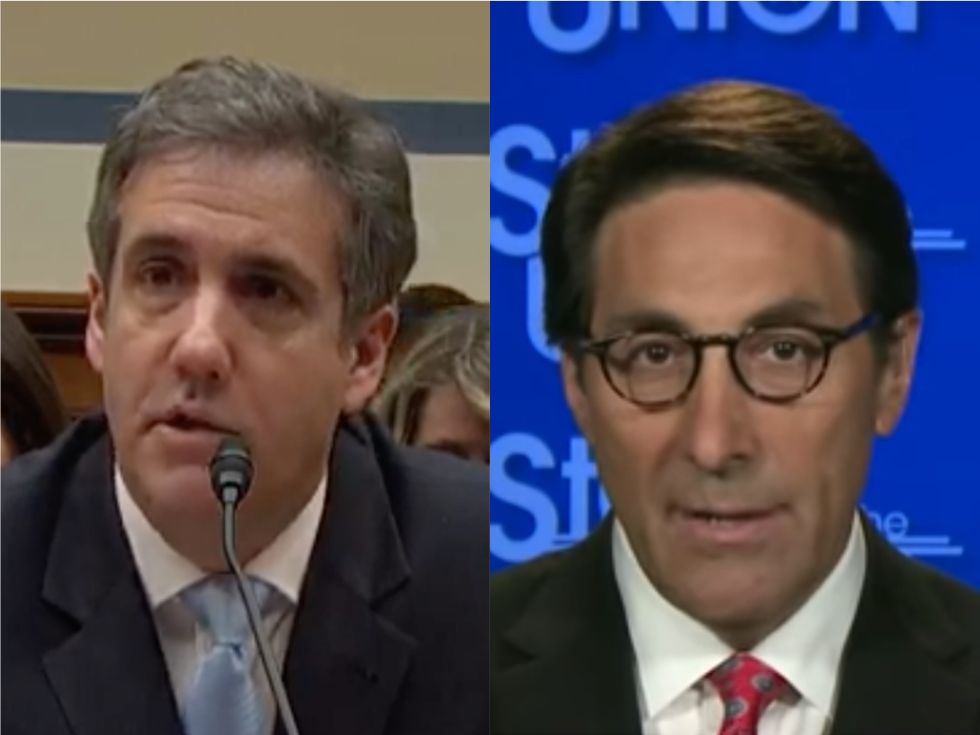 Michael Cohen's testimony before the House Oversight Committee on Wednesday contained many stunning moments and bombshell revelations. Perhaps one of the most significant of those moments was the discussion of his criminal lies to Congress about the negotiations for Trump Tower Moscow — crimes in which he seemed to directly implicated President Donald Trump's current lawyer Jay Sekulow.

A now-infamous report from BuzzFeed had said that Cohen was directed by the president to lie to Congress, which would be a crime, about the negotiations. Cohen claimed they ended in January 2016, when they, in fact, were ongoing in June of that year. Cohen said in his testimony that Trump did not direct him to lie about this, even though the president made it clear to him, implicitly, that the truth must be concealed.

But Cohen said Wednesday that Trump's lawyers reviewed and edited the statement before he spoke to Congress, including Trump's lawyer Sekulow.

"There were several changes that were made, including how we were going to handle that message," Cohen said. "The message, of course, being the length of time the Trump Tower Moscow project stayed and remained alive."

If Sekulow knowingly directed Cohen to lie about the deal to Congress, he may himself be guilty of a crime. Congress may decide it needs to soon call Sekulow himself to testify.