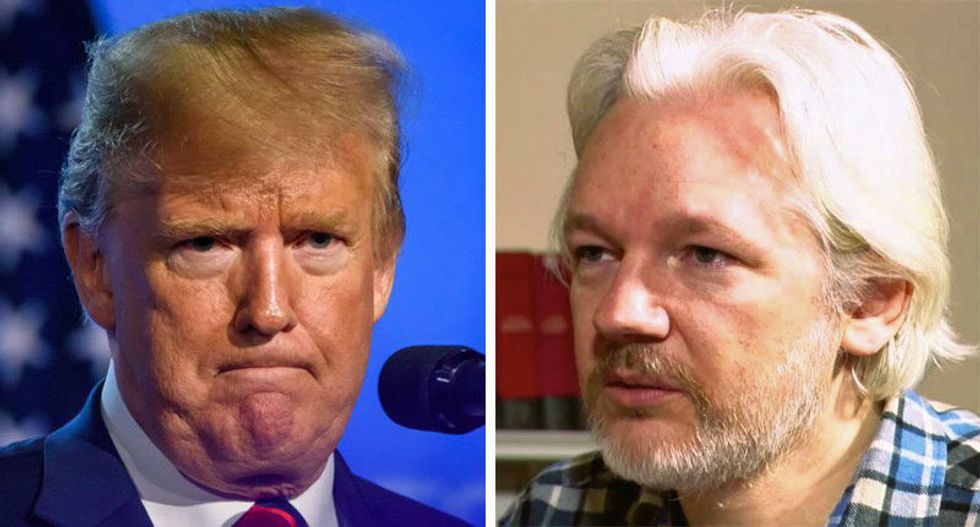 One of the most explosive claims made by President Donald Trump's former attorney Michael Cohen in his testimony to Congress this week is that the president had advance warning from former strategist Roger Stone about WikiLeaks releasing stolen Democratic emails to hurt Hillary Clinton's campaign ahead of time:

This is incredibly significant for two reasons. First, Trump told special counsel Robert Mueller, in writing, that Stone never told him what WikiLeaks was doing. So if Mueller can prove the conversation Cohen is discussing, it would mean Trump lied to the special counsel.

But second of all, this conversation allegedly took place before then-candidate Trump called on Russia to hack Clinton's private email server and release her personal information:

If true, this would mean he know about the Wikileaks dump before he called on Russia to find Hillary Clinton’s emai… https://t.co/LxvGtishOX
— Katy Tur (@Katy Tur) 1551282236.0

At the time, Trump faced outrage from the Clinton campaign for seeming to incite a crime. But the possibility that Trump already knew there were covert operations to steal private data from his political opponents makes the whole episode even more reckless — and possibly sinister.

WikiLeaks is broadly believed to have obtained the hacked emails from Russia. Stone was recently arrested by the FBI on charges of false statements, witness tampering, and obstruction, related to his role in facilitating communications between WikiLeaks and the Trump campaign.