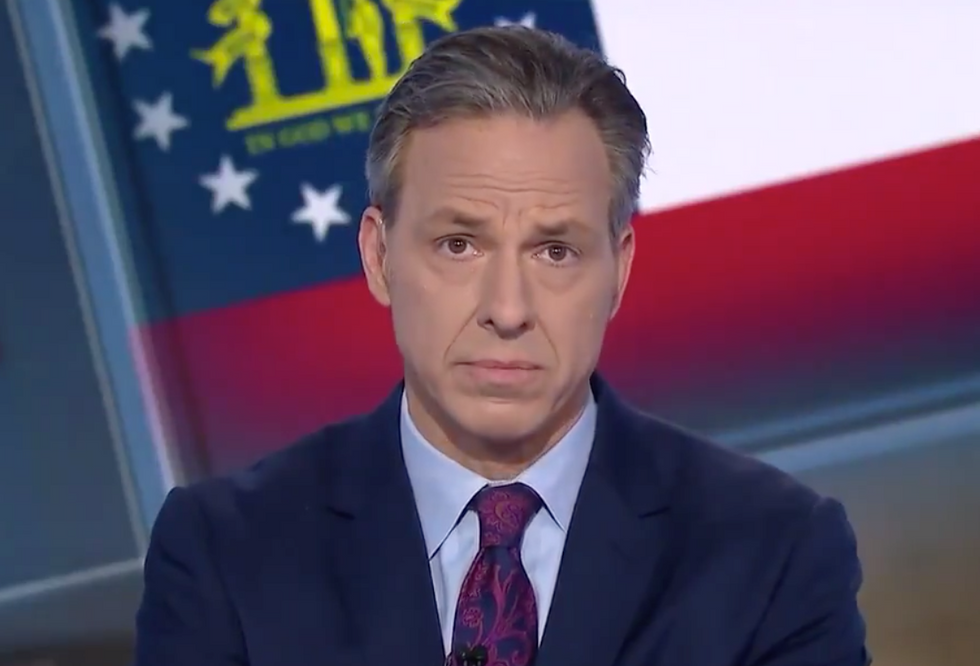 President Donald Trump and Vice President Mike Pence are doing their best to make an issue out of Minnesota Democrat Rep. Ilhan Omar's tweet that many argued had anti-Semitic connotations — for which she has since apologized — while completely ignoring Trump and the GOP's own obvious forays into anti-Semitic rhetoric.

In a segment on the controversy Wednesday, CNN's Jake Tapper mocked Trump and Pence's supposed outrage with a bit in which the host ostensibly asked the control room to play a clip of Omar's comments, but the producers "accidentally" kept playing clips of the president and his allies' anti-Semitic comments instead. These include Trump's remarks to a Jewish group telling them that they love to use their money to control politicians, his praise for Neo-Nazi marchers, and his tweeting of a picture of Hillary Clinton next to a Star of David and piles of cash.

The clip makes an excellent point about the Republicans' complete hypocrisy with regard to anti-Semitism.

Unfortunately, it leaves out mention of Trump's blatant Islamophobia, which is particularly relevant because Omar is one of the first two Muslim women elected to Congress. And while Trump has engaged in despicable levels of anti-Semitism, his Islamophobia is more blatant and frequent — from his pledge to end all Muslim immigration to the United States to his sharing of anti-Muslim disinformation on Twitter. Indeed, stoking hatred and fear of Muslims was practically a central pillar of his campaign and has played a key role in his presidency.

But the Omar incident has shown that while being anti-Semitism is rightly seen by many in American media and government as being beyond the pale, there's much more tolerance for anti-Muslim bigotry.