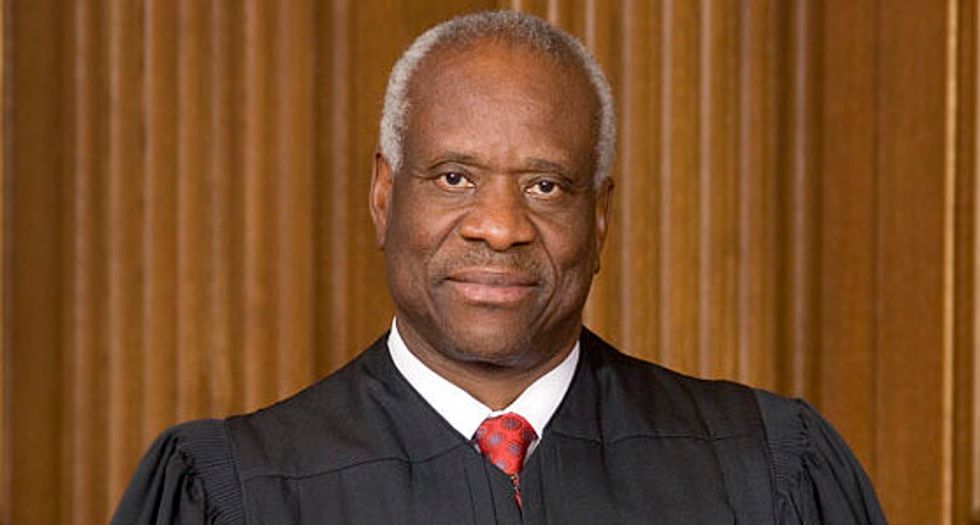 Donald Trump promised on the campaign trail to “open up" libel laws, and now, Supreme Court Justice Clarence Thomas is calling for a reconsideration of the case that created a higher burden for public figures to claim libel, CNN reports.

Thomas made the argument “alongside a court decision not to take up the case of a woman who accused Bill Cosby of sexual misconduct in 2014,” according to CNN. In his opinion, Clarence suggested the 1964 case New York Times v. Sullivan, which determined public figures require a higher burden of proof to claim libel, was a policy-driven decision “masquerading as constitutional law.”

"If the Constitution does not require public figures to satisfy an actual-malice standard in state-law defamation suits, then neither should we," Clarence wrote.

University of Texas School of Law professor Steve Vladeck told CNN that Thomas’ opinion is a “roadmap” to Trump’s pledge to change libel laws so he can sue news organizations for their reporting.

While Supreme Court justices typically refrain from commenting on politics, Thomas’ wife Ginni Thomas is a vocal supporter of Trump. In January, the president met with a group hard-right activists led by Ginni Thomas in the Roosevelt Room of the White House, the New York Times reports. “It came about after the Thomases had dinner with the president and the first lady, Melania Trump,” people familiar with the meeting told the Times.