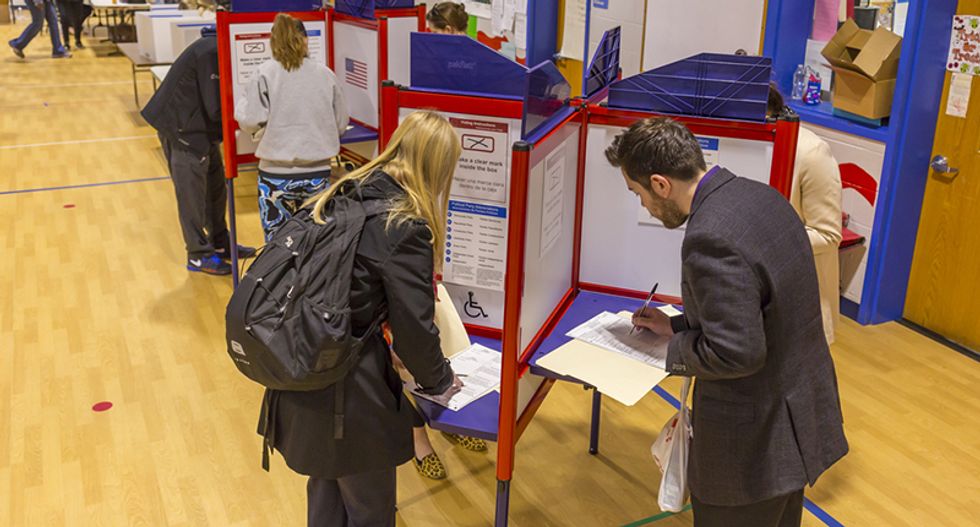 Campaigns end on Election Day. Movements don't. Voting day is a time stamp for measuring our progress, and when the polls closed last Nov. 6, it was clear that the intensive organizing by grassroots groups throughout 2017-18 had paid off. But let's not forget that it's all the days in between elections that matter on Election Day. We're like the farmers and gardeners who do grub hoe work through the summer for a good harvest in the fall. Let's look at what we've learned.

Most political opinion writers assert that, with 2018 in the rear-view mirror, it's time to focus our full attention on 2020's supercalifragilisticexpialidocious presidential campaign. Given the exigencies posed by a deranged Trump, that's an understandable instinct, but it's wrong -- at least for those of us who want to build a durable progressive movement with the public support needed to extend democratic government throughout America. For us, 2019 is the time to focus on ... 2019! Already, thousands of races for mayor, county office, school board, legislature and more are gearing up.

Seeing them as inconsequential to big-picture politics, many Establishment beings scoff at these "lesser offices," which are actually key to movement politics. They:

Indeed, these races are the essence of percolate-up politics: Build the farm team and presidents will follow. Even more important: Genuinely progressive policies will follow.

November tells us which offices we won, but January started the clock on what we actually gained. After all, the movement's goal is not just to elect good people, but to enact good public policy. From my eight-year experience as Texas agriculture commissioner (elected 1982 and again in 1986), I can attest that the second goal does not necessarily follow the first. One major pledge of my campaign, for example, was to reduce pesticide poisoning of people and the environment and to promote organic production. Upon taking office, though, I was swarmed by chemical lobbyists, the Farm Bureau, powerful state officials, corporate media outlets and other intimidating forces of the agricultural poison complex, demanding that I "move to the middle of the road." This furious onslaught was daunting, and my political resolve wobbled ... until farmworker advocates and environmentalists confronted me. When a West Texas farmer friend scoffed, "Hell, Hightower, there's nothing in the middle of the road but yellow stripes and dead armadillos," that perked me up. We rallied, pushed ahead, and achieved my campaign promise.

I see three distinct steps for getting good policies from officials who mean well but might back away under pressure. We, the movement, must:

1. Go inside with those we elect, providing aggressive public support, info, staffing and expertise to shore up the progressive agenda -- that lobbyists and big donors will pressure our new officials to water down -- and to expose the corporate powers trying to corrupt the people's will.

2. Confront our electeds when they drift, prodding them privately and publicly to be as bold as their promises.

3. Ride the momentum of our election victories to push -- from inside and out -- additional proposals for long-term structural changes to democratize America's economic, social, and political systems.

You know your community and state. You know the people's issues. You know your group's talents and ingenuity. And you can see how progressive issues, candidates and movements are advancing! So this is no time to get sucked down into the swamp of Trumpism or surrender to bubbling right-wing fanaticism. Our task is to keep doing what brought us this far: organizing, harmonizing and mobilizing. Let's keep at 'em!