Bugs, mold and excrement: Welcome to the Brave New World of California cannabis 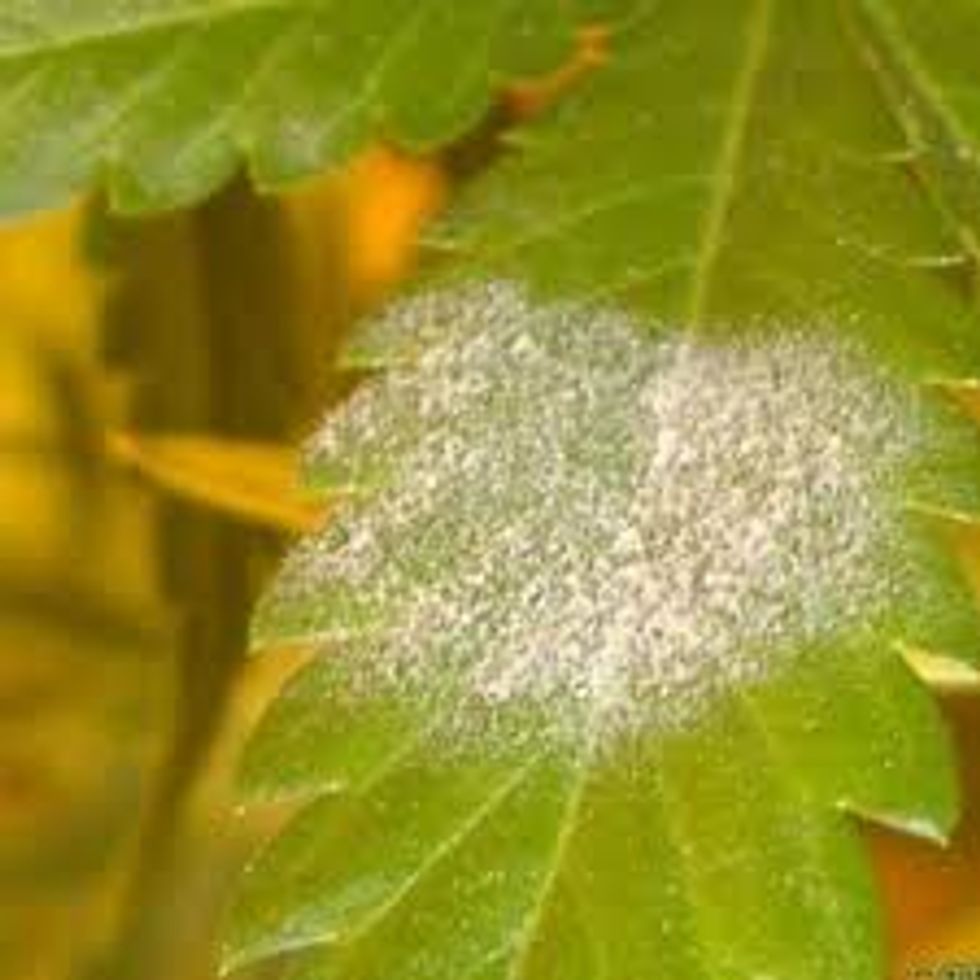 On November 16, 2017, California officials released a new set of regulations for cannabis manufacturing, testing, and growing. In many respects, these updates are a significant improvement to the initial draft regulations, however, some major problems remain.

Two important issues pertain to regulations on mold and foreign filth, which are absurdly loose. And unlike the initial proposal, no statement as to the rationale behind the new regulations has been released.

Allowable limits for contaminants including pesticides, solvents, and microbes are described in sections 5718-5723 of the new regulations. These regulations have fixed a major issue in the initial draft where two different units were confused – parts per million by weight (µg/g) and parts per million by volume. Now solvent and pesticide limits are given in µg/g.

Solvents are broken into two categories for the purpose of regulations. Category 1 solvents are banned and are not permissible at any detectable levels in cannabis products. Category 2 solvents are allowed up to set action limits that depend on the solvent in question and whether the product is inhaled or not. Action limits for non-inhaled products were appropriate in the initial draft proposal and have not changed.

The initial proposed regulations allowed for the use of highly dangerous solvents, including benzene, which Project CBD suggested be banned from use in cannabis manufacturing. We also suggested that regulators consider banning “class 2” solvents such as chloroform, since they are unnecessary for producing most kinds of cannabis extracts.1 The new regulations now ban the use of benzene and some class 2 solvents like chloroform, but allow other class 2 solvents, including hexane. (Hexane is rarely used to extract oil from cannabis, but is sometimes used to clean the oil of pesticides or other adulterants.) Although Project CBD hopes that cannabis manufacturers avoid using hexane to extract or clean oil, we believe these regulations are appropriate.

Each permissible solvent has a maximum allowable concentration in inhaled cannabis products (e.g. vape cartridges). In the initial draft proposal, these limits were based on safety data from California’s Occupational Health and Safety Administration (OSHA), although the limits were improperly calculated due to confusion with units. (“Parts per million” can have multiple meanings, as mentioned above. See the previous Project CBD statement for more detail.) The new limits are particularly stringent for some class 2 solvents and are overly lenient for ethanol residues.2   On the whole, the new limits are sensible.

Similar to solvents, pesticides are broken into banned pesticides, which are not allowed at any detectable concentration, and allowed pesticides. The action limits for permitted pesticides depend on whether the product is inhaled or not.

The regulations were released with only 5 days for public comments – including the weekend – and were not accompanied by any statement of reasons explaining how new safety limits were determined. As such, Project CBD’s comments on the new pesticide regulations point out potential problems without necessarily suggesting how these issues could be fixed or their extent.

In the new regulations, the list of banned pesticides has shrunk dramatically, from 42 to 21. One of these now-allowed pesticides is a neonicotinoid (acetamiprid) and four others have “high acute toxicity” to humans, according to the initial statement of reasons (bifenthrin, cyfluthrin, naled, and abamectin). Most of the rest of the now-allowed pesticides were banned in the original proposal due to environmental concerns, including myclobutanil (often sold Eagle-20).

The initial set of draft regulations on pesticides were very strict in some regards. The limit of detection (LOD) – which is the lowest concentration of a compound that can be detected reliably – was arbitrarily set at 0.01 – 0.02 µg/g. This is lower than the actual LOD of pesticides in cannabis for most labs. This has changed – now labs will determine their LODs scientifically and list these LODs on lab reports.3 This is an important fix.

To reiterate: because no statement of reasons has been released, we do not know the rationale behind the limits for pesticides on non-inhaled products. But we can say with some certainty that it is not based on the relative safety of these pesticides.

Safe limits for pesticide ingestion are given as the acceptable daily intake (ADI) or acute reference dose (ARfD), and are reported by the World Health Organization. The ADI indicates a level of pesticide ingestion that is considered safe for chronic daily use, which makes sense for food or medicine. Converting the ADIinto a limit for a pesticide in cannabis products depends on the amount of product that is consumed. If the limits were based on safe ingestion limits, the ratio of the ADI to the action limit would be constant. In the current proposal, this ratio varies from 2.5 to 750, a 300-fold difference. Pesticides like trifloxystrobin, bifenazate, and permethrin have very high action limits compared to their toxicity when ingested.

It appears that the limits were not based on environmental concerns either: Of the seven least regulated pesticides (i.e. those with the highest allowable limits), five were originally banned due to potential ground water contamination.

For inhaled products, the limits still appear to be based on tobacco, as described in the initial statement of reasons. This may be because very little is known about the effects of heating or burning pesticides (an information vacuum attributable to lobbying from the tobacco industry). Some pesticides will, in fact, become safer when burned, while many others will break down to much more toxic compounds.

The EPA has previously stated that it need not study the health effects of burning pesticides at concentrations below 0.1 µg/g in cigarettes because those individuals are already smoking tobacco. After all, nicotine is the insecticide upon which neonicotinoids are based.

It may be true that inhaling less than 0.1 µg/g of most pesticides is safe. But regulations need to be based on scientific data. If safety data on burning and inhaling pesticides is not available, then the law should include provisions to be updated as new data emerges.

The outcomes of the tobacco industry’s war against science should never be used as the basis of safety regulations for another industry. Tobacco is the leading cause of preventable deaths in the United States, killing roughly half a million people every year. This is precisely because the tobacco industry lobbied to ensure that scientific data on health and safety was not used to inform laws or regulations. That should not be the starting point for any aspect of the emerging cannabis industry.

A small piece of chocolate weighs about 3.5 grams.

Under the new regulations, a 16-piece chocolate bar would be considered acceptable if four pieces were covered in dirt, four more were covered in mold, and each of the 16 pieces had an insect part or rat poop on it.

There is an unprecedented change in regulations on microbial contamination. Cannabis is not required to be free of mold nor are labs required to test for mold. The only limit on mold is given in (2) of the foreign filth section quoted above, which states that up to 1/4th of a product can be covered in mold.

Under the new proposal, products only need to be screened for three microbes: pathogenic E. coli, salmonella, and in the case of inhaled products, aspergillus. Since no statement of reasons were released with the regulations, it is not clear why

California is so loose with microbes. Giving regulators the benefit of the doubt, it may be that they are trying not to restrict the use of beneficial microbes, an organic growing practice that uses non-harmful microbes as an alternative to pesticides. But mold is one of the most common contaminants on cannabis. It is absolutely essential to test for mold on cannabis, particularly when grown indoors.

The regulations have been released with just over a month before they will be implemented. To ease the burden on labs, testing will be phased in over the course of a year. This gives labs time to develop and validate methods for each kind of product and each kind of test.

Project CBD hopes that terpene testing will become more commonplace, as this will help to illuminate the therapeutic properties of these important plant components.

There are many important aspects of the new regulations that address issues beyond consumer safety. Here are some key points:

Copyright, Project CBD. May not be reprinted without permission.

1 Solvents are classified into one of three groups by the FDA. Class 1 solvents like benzene are either very toxic or environmental hazards and should be avoided in manufacturing if at all possible. Class 3 solvents like ethanol and butane are fairly safe at low concentrations. Class 2 solvents like chloroform and dichloromethane are less dangerous than class 1 solvents, but should be avoided if the use of a class 3 solvent is possible.
2 This is not to say that the allowable limits are wrong. But compared to safety data from OSHA, limits are disproportionately lax for ethanol and strict for class 2 solvents.
3 A second number to be listed on lab reports is the limit of quantification (LOQ), which is at least as large as the LOD. The LOQ is the limit at which the concentration of a chemical can be accurately discerned. The range between the LOD and the LOQ is the range of concentrations where a test can show that a chemical is present, but cannot determine its exact concentration.
4 Products with multiple servings (e.g. a chocolate bar) will be tested every 6 months to ensure that every piece has roughly the same amount of cannabinoids in it. Specifically, the relative standard deviation must be less than 10% of the mean amount of each cannabinoid.