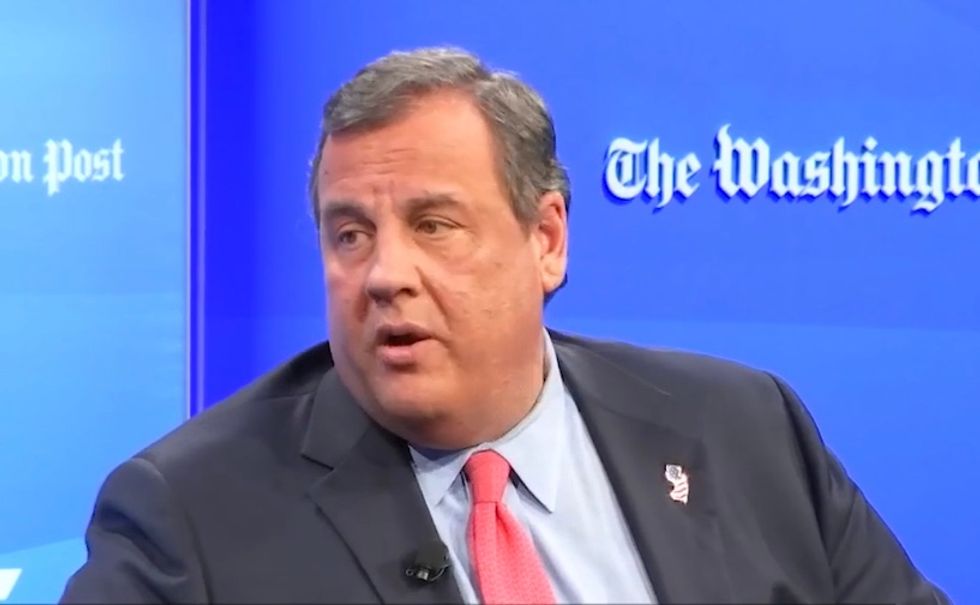 On Friday, Sen. Cory Booker (D-NJ) announced his campaign for president, throwing his hat into the ever-widening ring of talented Democrats stepping up to challenge President Donald Trump.

Former Republican New Jersey Gov. Chris Christie, who worked hand in hand with Booker in his earlier political career as mayor of Newark, offered what were on the surface positive words for his old friend at a Washington Post event in reaction to the announcement:

"Cory Booker: talented, smart, articulate, hope that he stays in this campaign to the roots that I saw him establish in New Jersey," Christie told Robert Costa. "He was someone who was pro-voucher, he was pro-charter school, he was somebody who was tough on crime in the city of Newark. If he stays in that lane, and is the articulate, inspirational guy that he is, then I think he’s got a legitimate chance to be a serious potential problem for the president in the general election."

Christie may have meant that as a compliment, but it came across as incredibly condescending. "Articulate" is rarely a term applied to anyone besides notable people of color, and it conveys a presumption that the typical black man would not speak very intelligently.

It also comes across as a subtle warning to him not to run as a progressive. But Christie may have no choice in that matter — Booker has emerged with one of the most liberal voting records of any senator in the race for president right now.

Whatever their relationship might have been in the past, Booker is unlikely to put much weight on Christie's words — or to allow himself to be condescended to.