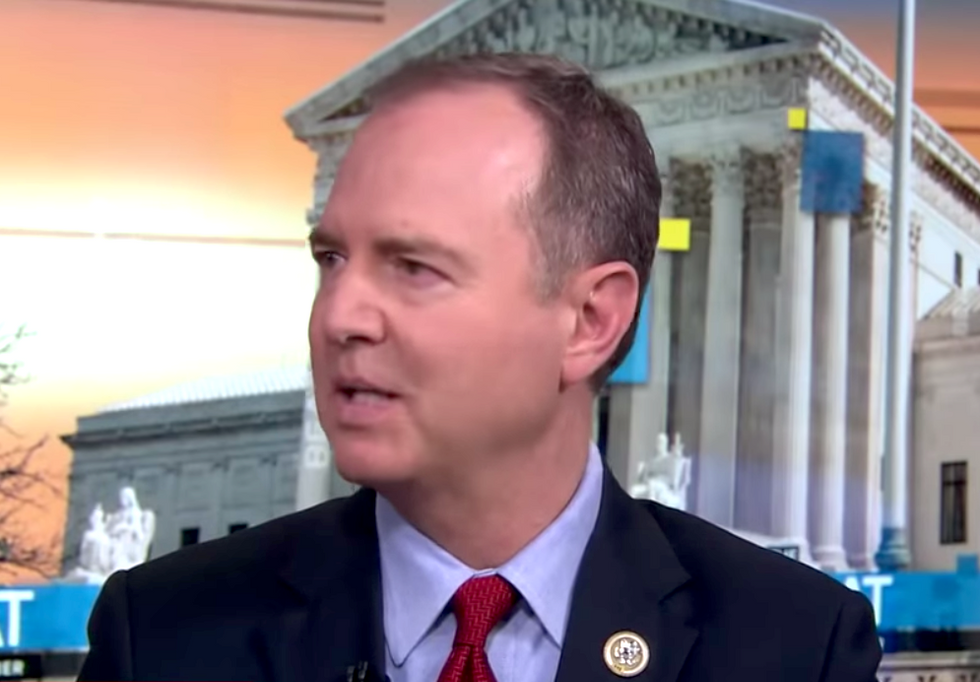 President Donald Trump has been lashing out at Rep. Adam Schiff a lot this week. At a February 6 news conference, Trump described the Southern California congressman (the highest ranking Democrat on the House Intelligence Committee) as “just a political hack who’s trying to build a name for himself.” And Trump has been attacking Schiff on Twitter as well. Clearly, Schiff is getting under Trump’s skin in a major way—and it’s only going to get worse in the weeks and months to come.

When Democrats achieved a majority in the House of Representatives in the 2018 midterms with a net gain of 40 seats, it was obvious that Schiff would be one of Trump’s biggest headaches in 2019. Schiff was expected to become the chairman of the House Intelligence Committee, which he did. And on Wednesday morning, February 6, Schiff visited Twitter and announced, “BREAKING: The House Intelligence Committee just voted to release all witness transcripts from our Russia investigation to the Department of Justice and Special Counsel Mueller.”

Although Special Counsel Robert Mueller is a conservative Republican who was appointed to head the FBI by President George W. Bush in the early 2000s, he is very popular among Democrats—and that includes Schiff, who has made it clear that he is more than happy to share information with Mueller and help with his Russia investigation in any way he can. When Trump railed against “ridiculous partisan investigations” during his 2019 State of the Union address on Tuesday night, February 5, it was obvious he was referring to Mueller’s Russia probe as well as Russia-related investigations in the Democrat-controlled House of Representatives.

Schiff has been saying that sending witness transcripts from the House Intelligence Committee’s Russia-related probe to Mueller would be a top priority after the new House majority was seated on January 3, and he is fulfilling that promise—much to Trump’s chagrin. It’s obvious that someone is getting to the president when he comes up with an insulting name, and Trump has been referring to the 58-year-old congressman as “Little Adam Schiff.”

On February 5 of last year (when the House was still in GOP hands), Trump tweeted, “Little Adam Schiff, who is desperate to run for higher office, is one of the biggest liars and leakers in Washington, right up there with Comey, Warner, Brennan and Clapper! Adam leaves closed committee hearings to illegally leak confidential information. Must be stopped!” And Schiff responded, “Mr. President, I see you’ve had a busy morning of ‘Executive Time.’ Instead of tweeting false smears, the American people would appreciate it if you turned off the TV and helped solve the funding crisis, protected Dreamers or...really anything else.”

Little Adam Schiff, who is desperate to run for higher office, is one of the biggest liars and leakers in Washingto… https://t.co/7csaXTJLoO
— Donald J. Trump (@Donald J. Trump) 1517834350.0

But as much as Schiff was getting to Trump in 2018, it's worse in 2019 now that Democrats control the House. And Schiff has more power now than he did at this time last year.

Schiff posted another Trump-related tweet on February 6, writing, “I can understand why the idea of meaningful oversight terrifies the President. Several of his close associates are going to jail, others await trial, and criminal investigations continue. We’re going to do our job and won’t be distracted or intimidated by threats or attacks.”

I can understand why the idea of meaningful oversight terrifies the President. Several of his close associates are… https://t.co/gTMpJ2ghEL
— Adam Schiff (@Adam Schiff) 1549483643.0

It was also on February 6 that Schiff announced he would be launching a comprehensive investigation of the president’s finances and try to determine “whether any foreign actor has sought to compromise or holds leverage, financial or otherwise, over Donald Trump, his family, his business, or his associates.”

In response to that announcement, Trump railed against Schiff during the wee hours on February 7, tweeting, “So now Congressman Adam Schiff announces, after having found zero Russian Collusion, that he is going to be looking at every aspect of my life, both financial and personal, even though there is no reason to be doing so. Never happened before! Unlimited Presidential Harassment....”

So now Congressman Adam Schiff announces, after having found zero Russian Collusion, that he is going to be looking… https://t.co/xwGh0o6S4X
— Donald J. Trump (@Donald J. Trump) 1549538014.0

Trump would have been delighted if Schiff (who has been serving in Congress since the early 2000s) had been voted out of office in the 2018 midterms. But that didn’t happen: Schiff enjoyed a landslide reelection in California’s 28th Congressional District, where he defeated Republican Johnny Nalbandian by 57% (that district includes parts of Glendale, Burbank and other Los Angeles-area suburbs). Back when California was still a red state, Glendale and Burbank were among the L.A. suburbs that often went GOP; in 2019, Schiff’s district is seriously Democratic.

Schiff’s prominence in the Democratic Party has only increased in 2019, and for President Trump, that will mean a lot more probes and investigations.