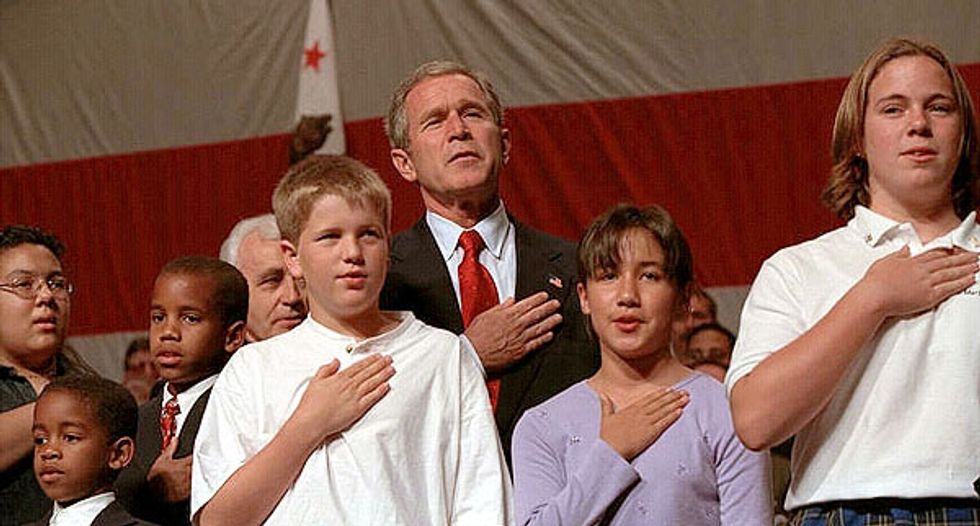 An 11-year-old at Lawton Chiles Middle Academy in Lakeland, Florida was arrested and removed from class after a substitute teacher demanded the student recite the Pledge of Allegiance.

The teacher, who was filling in on February 4, asked her sixth-grade class to stand and recite the pledge, but the student refused, reportedly telling the substitute teacher that the flag was racist, and adding that the National Anthem was offensive to black people.

The substitute challenged the boy, saying in a statement to the district that she told the student, "Why if it was so bad here he did not go to another place to live?"

He answered, saying, "they brought me here."

She pressed the issue, "Well you can always go back, because I came here from Cuba and the day I feel I'm not welcome here anymore I would find another place to live."

"Then I had to call the office because I did not want to continue dealing with him," the substitute teacher said.

After this point, the student was arrested by the school's resource officer. According to the arrest report, the boy refused to follow multiple commands, and called staff members of the school "racist." He was reported to also have threatened to get both the principal and the resource officer fired from their jobs, and that he would beat the teacher. The latter claim the boy and his mother, Dhakira Talbot, disputes.

Talbot blames the substitute for the incident, telling Bay News 9, "She was wrong. She was way out of place. If she felt like there was an issue with my son not standing for the flag, she should've resolved that in a way different manner than she did."