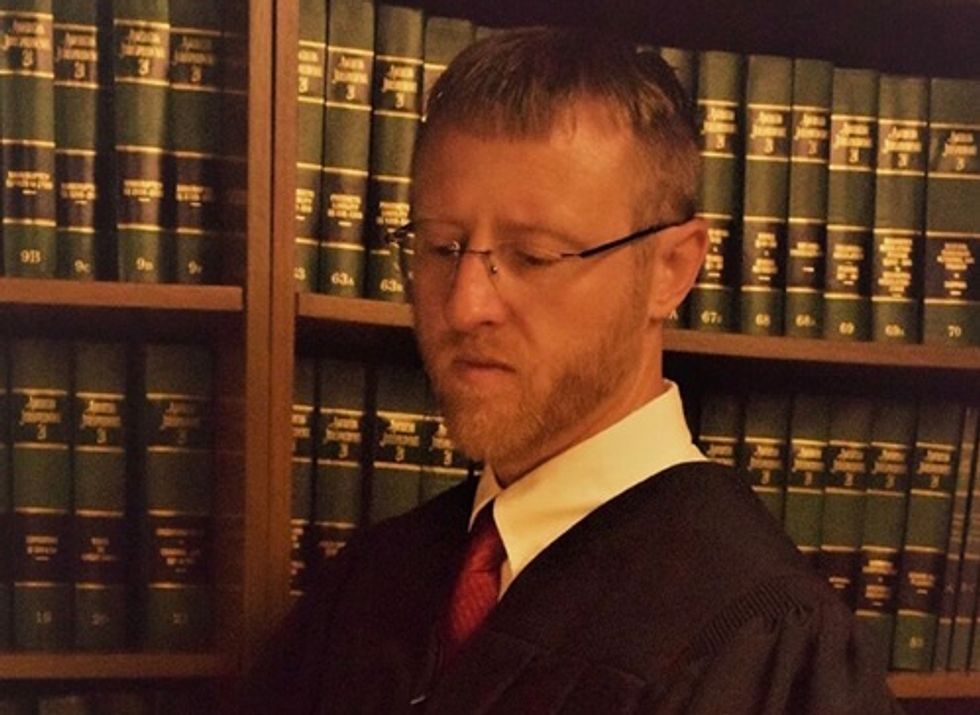 On Thursday, the Milwaukee Journal Sentinel reported that Brian Hagedorn, a conservative Wisconsin appeals court judge and candidate for Wisconsin Supreme Court, has a disturbing record of comparing LGBTQ rights to bestiality:

Hagedorn, who is running for the state Supreme Court, wrote a blog beginning in 2005 in which he addressed readers as "fellow soldiers in the culture wars" while posting sometimes provocative comments on homosexuality and abortion.

For example, Hagedorn twice wrote that a landmark gay rights ruling by the U.S. Supreme Court striking down a Texas anti-sodomy law could lead to the legalization of bestiality, sex with animals, in America.

"The idea that homosexual behavior is different than bestiality as a constitutional matter is unjustifiable," he wrote. "There is no right in our Constitution to have sex with whoever or whatever you want in the privacy of your own home (or barn)."

Just a few decades ago, several states had laws explicitly banning sodomy. Some states, like Alabama banned sodomy between any two consenting adults, and others, like Texas, explicitly targeted same-sex couples. But in either case, the intent was to criminalize LGBTQ relationships.

The Supreme Court's 2003 decision in Lawrence v. Texas struck down these laws, citing the 14th Amendment's Due Process Clause — although several states never actually repealed them. Louisiana finally got around to rewriting theirs last year to only ban bestiality, which has in effect been legal there for the last 15 years because their only law banning it was the unconstitutional sodomy law. Ironically, some Republicans actually fought this bill, apparently preferring to keep bestiality legal than acknowledge same-sex relationships.

Hagedorn's opposition to Lawrence is not his only controversial view. In another post, he called Planned Parenthood a "wicked organization" more devoted "to killing babies than helping women." One expert told the Journal Sentinel that these writings would open Hagedorn up to requests to recuse himself if Planned Parenthood or the ACLU ended up arguing before him.

The Wisconsin Supreme Court currently consists of four conservative and three liberal justices, and the April 2, 2019 election will replace liberal Justice Shirley Abrahamson, who is retiring. Judicial elections in Wisconsin are nominally nonpartisan, but in practice, candidates tend to get the backing of one party or the other — Hagedorn has the support of Republicans, while appeals court Chief Judge Lisa Neubauer has the support of Democrats.

If Hagedorn wins the election, conservatives will gain a 5-2 advantage, wiping out the gains Democrats made last year by electing Justice Rebecca Dallet. If Neubauer wins, it will position Democrats to flip the Supreme Court in their favor in 2020, when Justice Dan Kelly, a conservative appointed by former Gov. Scott Walker, will stand for election to a full term.