Why we can stop worrying and love the particle accelerator 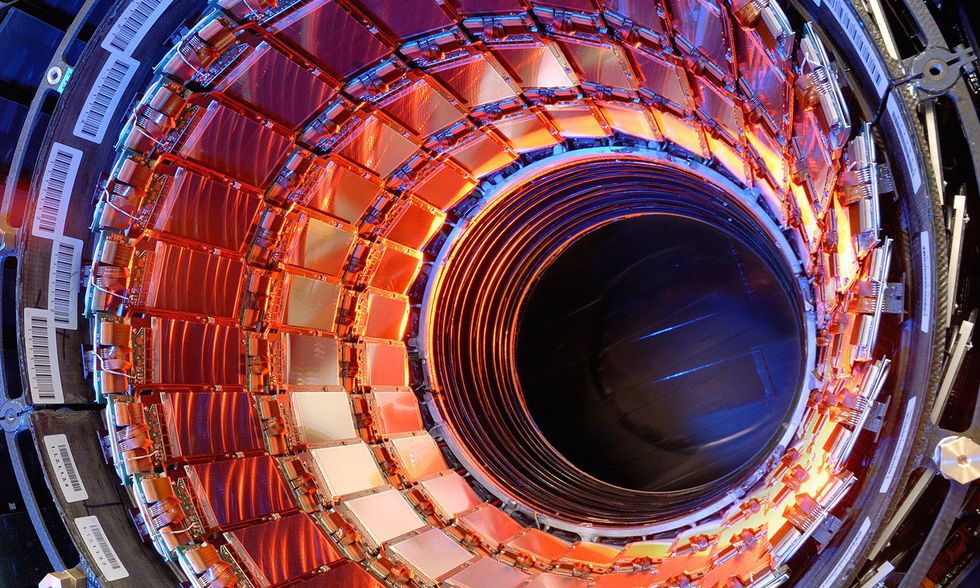 What would happen if you stuck your body inside a particle accelerator? The scenario seems like the start of a bad Marvel comic, but it happens to shed light on our intuitions about radiation, the vulnerability of the human body, and the very nature of matter. Particle accelerators allow physicists to study subatomic particles by speeding them up in powerful magnetic fields and then tracing the interactions that result from collisions. By delving into the mysteries of the Universe, colliders have entered the Zeitgeist and tapped the wonders and fears of our age.

As far back as 2008, the Large Hadron Collider (LHC), operated by the European Organization for Nuclear Research (CERN), was charged with creating microscopic black holes that would allow physicists to detect extra dimensions. To many, this sounds like the plot of a disastrous science-fiction movie. It came as no surprise when two people filed a lawsuit to stop the LHC from operating, lest it produce a black hole powerful enough to destroy the world. But physicists argued that the idea was absurd and the lawsuit was rejected.

Then, in 2012, the LHC detected the long-sought Higgs boson, a particle needed to explain how particles acquire mass. With that major accomplishment, the LHC entered popular culture; it was featured on the album cover of Super Collider (2013) by the heavy metal band Megadeth, and was a plot point in the US television series The Flash (2014-).

Yet, despite its accomplishments and glamour, the world of particle physics is so abstract that few understand its implications, meaning or use. Unlike a NASA probe sent to Mars, CERN’s research doesn’t produce stunning, tangible images. Instead, the study of particle physics is best described by chalkboard equations and squiggly lines called Feynman diagrams. Aage Bohr, the Nobel laureate whose father Niels invented the Bohr model of the atom, and his colleague Ole Ulfbeck have even gone as far as to deny the physical existence of subatomic particles as anything more than mathematical models.

Which returns us to our original question: what happens when a beam of subatomic particles travelling at nearly the speed of light meets the flesh of the human body? Perhaps because the realms of particle physics and biology are conceptually so far removed, it’s not only laypeople who lack the intuition to answer this question, but also some professional physicists. In a 2010 YouTube interview with members of the physics and astronomy faculty at the University of Nottingham, several academic experts admitted that they had little idea what would happen if one were to stick a hand inside the proton beam at the LHC. Professor Michael Merrifield put it succinctly: ‘That’s a good question. I don’t know is the answer. Probably be very bad for you.’ Professor Laurence Eaves was also cautious about drawing conclusions. ‘[B]y the scales of energy we notice, it wouldn’t be that noticeable,’ he said, likely with a bit of British understatement. ‘Would I put my hand in the beam? I’m not sure about that.’

Such thought experiments can be useful tools for exploring situations that can’t be studied in the laboratory. Occasionally, however, unfortunate accidents yield case studies: opportunities for researchers to study scenarios that can’t be experimentally induced for ethical reasons. Case studies have a sample size of one and no control group. But, as the neuroscientist V S Ramachandran has pointed out in Phantoms in the Brain (1998), it takes only one talking pig to prove that pigs can talk. On 13 September 1848, for example, an iron rod pierced through the head of the US railway worker Phineas Gage and profoundly changed his personality, offering early evidence of a biological basis for personality.

And on 13 July 1978, a Soviet scientist named Anatoli Bugorski stuck his head in a particle accelerator. On that fateful day, Bugorski was checking malfunctioning equipment on the U-70 synchrotron – the largest particle accelerator in the Soviet Union – when a safety mechanism failed and a beam of protons travelling at nearly the speed of light passed straight through his head, Phineas Gage-style. It’s possible that, at that point in history, no other human being had ever experienced a focused beam of radiation at such high energy. Although proton therapy – a cancer treatment that uses proton beams to destroy tumours – was pioneered before Bugorski’s accident, the energy of these beams is generally not above 250 million electron volts (a unit of energy used for small particles). Bugorski might have experienced the full wrath of a beam with more than 300 times this much energy, 76 billion electron volts.

Proton radiation is a rare beast indeed. Protons from the solar wind and cosmic rays are stopped by Earth’s atmosphere, and proton radiation is so rare in radioactive decay that it was not observed until 1970. More familiar threats, such as ultraviolet photons and alpha particles, do not penetrate the body past skin unless a radioactive source is ingested. Russian dissident Alexander Litvinenko, for instance, was killed by alpha particles that do not so much as penetrate paper when he unknowingly ingested radioactive polonium-210 delivered by an assassin. But when Apollo astronauts protected by spacesuits were exposed to cosmic rays containing protons and even more exotic forms of radiation, they reported flashes of visual light, a harbinger of what would welcome Bugorski on the fateful day of his accident. According to an interview in Wired magazine in 1997, Bugorski immediately saw an intense flash of light but felt no pain. The young scientist was taken to a clinic in Moscow with half his face swollen, and doctors expected the worst.

Ionising radiation particles such as protons wreak havoc on the body by breaking chemical bonds in DNA. This assault on a cell’s genetic programming can kill the cell, stop it from dividing, or induce a cancerous mutation. Cells that divide quickly, such as stem cells in bone marrow, suffer the most. Because blood cells are produced in bone marrow, for instance, many cases of radiation poisoning result in infection and anaemia from losses of white blood cells and red blood cells, respectively. But unique to Bugorski’s case, radiation was concentrated along a narrow beam through the head, rather than being broadly distributed from nuclear fallout, as was the case for many victims of the Chernobyl disaster or the bombing of Hiroshima. For Bugorski, particularly vulnerable tissues, such as bone marrow and the gastrointestinal track, might have been largely spared. But where the beam shot through Bugorski’s head, it deposited an obscene amount of radiation energy, hundreds of times greater than a lethal dose by some estimates.

And yet, Bugorski is still alive today. Half his face is paralysed, giving one hemisphere of his head a strangely young appearance. He is reported to be deaf in one ear. He suffered at least six generalised tonic-clonic seizures. Commonly known as grand mal seizures, these are the seizures most frequently depicted in film and television, involving convulsions and loss of consciousness. Bugorski’s epilepsy is likely a result of brain tissue-scarring left by the proton beam. It has also left him with petit mal or absence seizures, far less dramatic staring spells during which consciousness is briefly interrupted. There are no reports that Bugorski has ever been diagnosed with cancer, though that is often a long-term consequence of radiation exposure.