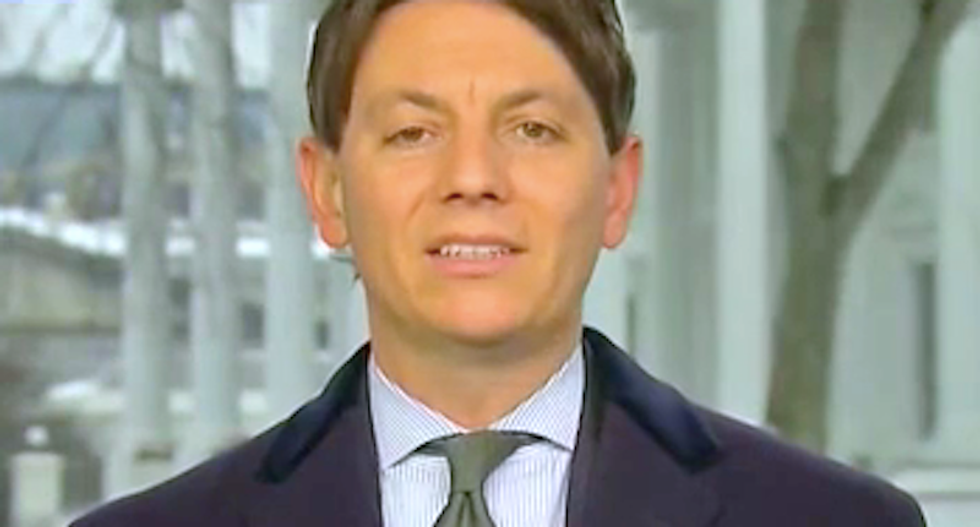 But perhaps the most amazing part is that on Fox News on Friday morning, White House Deputy Press Secretary Hogan Gidley refused to deny the report's contents.

"This is absolutely ludicrous that we are giving any type of credence or credibility to a news 'outlet' like BuzzFeed," said Gidley. "They are responsible, totally and completely, for the release of a discredited, disproven, false dossier." (Nothing in the Steele dossier has been disproven, contrary to Trump administration officials' repeated assertions, and even if it were, that's not evidence this report is wrong.)

"And now the author of the piece in question that you're talking about went on air this morning and said that he couldn't corroborate any of his own evidence. He ran it anyway," continued Gidley. "This is, quite frankly, the problem with the press, and why the president continues to call them fake news repeatedly, because there's nothing in that piece, there is nothing in that piece that can be corroborated."

One of the Fox anchors pushed back. "I think the way it was characterized, the reported did not specifically see the evidence, but relied on one or two sources that they had trusted for this."

"Right, but that's not news," complained Gidley. "That's something he sees and he puts out there. It's the same reason and rationale behind the dossier that has caused this entire fake witch hunt Russia investigation, and now it's all been disproven and debunked at this point." (Again, he is lying — the dossier was not what started the investigation.)

"You're saying the president did not direct Michael Cohen to do that?" asked the anchor.

"I'm telling you right now, this is why the president refuses to give any credence or credibility to news outlets," said Gidley. "Because they have no ability to corroborate anything they're putting out there. Instead they're just using innuendo and shady sources."

"That was not a denial of my question," the anchor pressed.

"No, but the premise is ridiculous," whined Gidley. "We're also talking about a person in Michael Cohen who, quite frankly, has now been proven to be a liar, he self-admits that he's a felon, so to give him any credibility, it just doesn't warrant a response from the White House or this president."

"But the headline of that report, Hogan, is that the president personally directed his longtime attorney Michael Cohen to lie to Congress about negotiations about that Trump tower," said the other anchor. "Is that true or false?"

"Right, but the president's attorney has also addressed this," said Gidley. "I'm not going to give any credence or credibility to Michael Cohen, who's a convicted felon and an admitted liar, it's just ridiculous. I'm not going to do that from the White House." (Cohen was not the source for BuzzFeed's report, so his truthfulness is irrelevant.)

Gidley was given multiple chances to say, yes or no, whether the report was true. And while he repeatedly attacked the credibility of BuzzFeed and Michael Cohen, he never once allowed himself to go on record saying the story wasn't true.

That is an enormous red flag.