‘Where are the pesos?’: Ex-GOP strategist destroys ‘fascist’ Trump over border wall 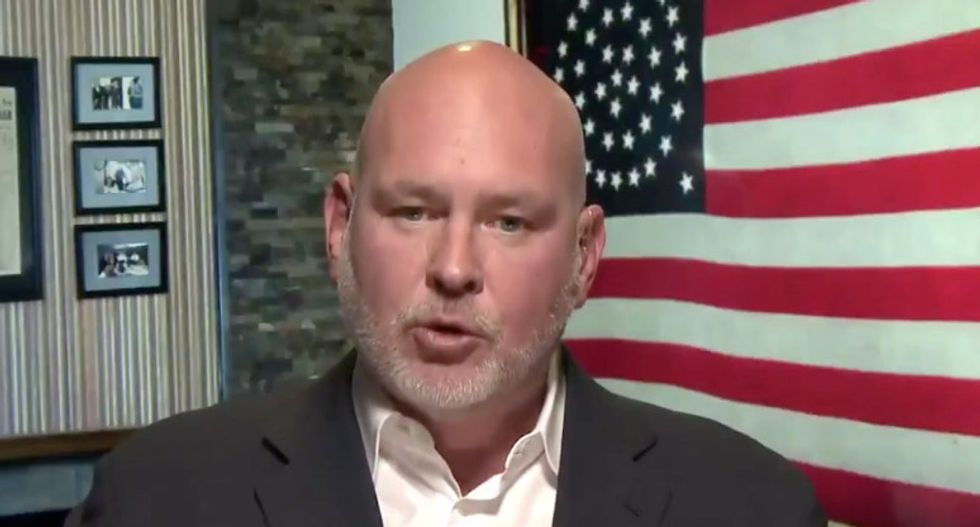 Just hours before President Donald Trump would address the nation in a short speech designed to convince Americans of the needs for a border wall, former Republican and political strategist Steve Schmidt destroyed the president and his arguments.

In what was on one hand a hilarious monologue and on the other a scathing take down, Schmidt called Trump a "fascist," a "clown," a "prolific liar," "incompetent," and a "con man."

At the end he mocked President Trump's claims that "Mexico will pay for the wall" with what was almost a hilarious skit, demanding to know, "Where are the pesos?!"

The MSNBC panel on "Deadline: White House" could not contain themselves.

He began by pounding Vice President Pence as a tobacco industry "shill," then Schmidt turned his focus to President Trump:

"We have the most prolific liar in the Rose Garden spewing nonsense," Schmidt said, "inventing out of whole cloth an emergency that in fact doesn't exist."

He lambasted Trump for his "abuse of the U.S. Military" before the 2018 elections, using it as a tool against the caravan. He noted Trump's talking about the caravan "miraculously dissipated...the day after the election.

Schmidt predicted Trump would begin to lay the groundwork for declaring a national emergency so he can try to build his wall.

And then there was, "Where are the pesos?!"