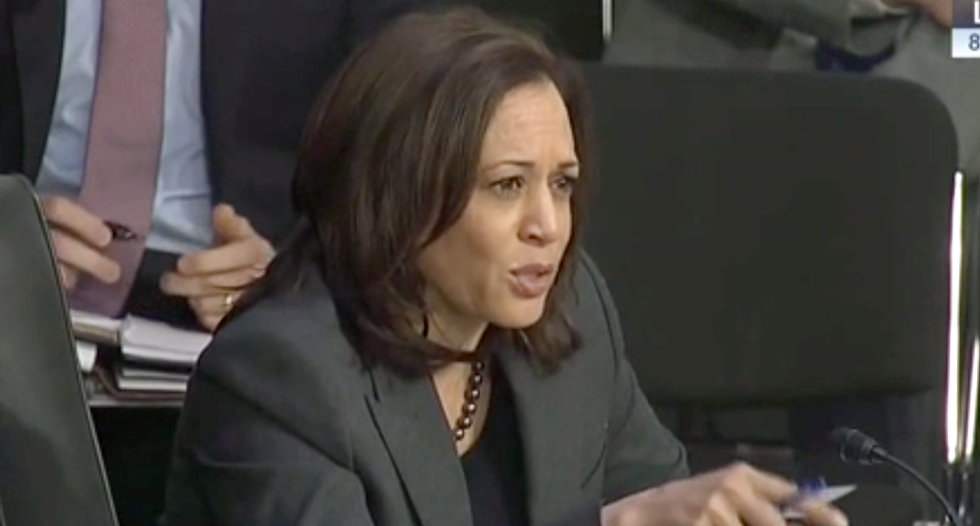 Director of National Intelligence Dan Coates told Senator Kamala Harris that the intelligence community has “no written strategy” with which to counter foreign disinformation campaigns spread through social media, at Tuesday’s hearings held by the Senate Intelligence Committee.

Harris got right to the point, asking Coates, “do we have a written strategy for how we’re going to counter the influence operations that target social media in the United States?”

“We are fully engaged in that issue,” Coates replied, hedging a bit. “We have regular communication among the various sectors of the intelligence community. Much of that is shared both verbally and in written form.”

“So there is a written strategy?” Harris responded, looking for confirmation.

“Not a written single strategy, but we’re always looking at how we can best address this,” Coates said. “It’s a fluid situation.” But Senator Harris was not satisfied and continued to press him.

“Do you have any intention of having a written strategy that will be agreed to and understood by all members of the IC,” she asked again. Coates sighed and repeated that it was “a fluid situation”, assured Harris it was a “top priority”, and then promptly put his foot in his mouth.

“It is something we are working on and we’ve seen very significant progress,” he said. “When you go back and read the transcript of what we talked about before, you’ll understand that.”

“I have the transcript from February 13th of 2018, when you and I had this discussion at our last worldwide threats hearing,” she shot back. “So can you tell us has there been any advancement on that point since February of 2018?”

“I’ll be happy to get back to you with that,” said Coates, punting.