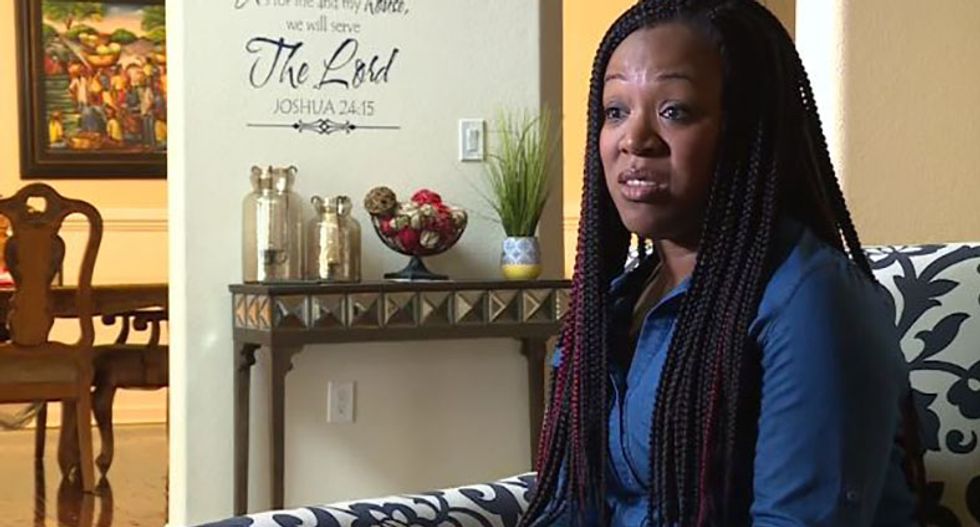 The city of Chesapeake, Virginia has barred an unnamed official from working any and all game after he very publicly analyzed and criticized an elementary school player’s hair during a game played on Saturday. The team’s coach, Erica Guerrier, told local station WAVY that she’d just called a timeout when the official crossed the court to approach her.

Guerrier assumed the referee simply wanted to clarify the length of the timeout, but she reports that he had other things in mind.

He asked to speak to me, and then he mentioned that one of the players, when she goes to the next level, she’s going to have to do something about her hair.

The ten-year-old in question was wearing braids, as many people of African American descent do, including many professional and college basketball players. The hairstyle typically weaves the wearer’s natural hair with additional hair, adding length, versatility, and convenience. The unnamed player had blue hair incorporated into her style, which apparently completely flummoxed the recently dismissed referee. But it was his subsequent actions that confused both Coach Guerrier, and the player—who also happens to be her daughter.

They had my daughter come over, and he pointed to, I guess the point where her natural hair meets the hair that was braided in, and said he didn’t know what that was.

I said, ‘That’s her natural hair.’

Coach Guerrier adds that the referee’s continued mid-game scrutiny ultimately made “a spectacle” of her daughter, and that he continued to insist that something would have to be done as the child grows up and continues to compete in the sport.

Unwilling to let the ref’s offensive, apparently inaccurate, and completely unsolicited advice go unchecked, Guerrier reported the incident to the city’s recreation department. The official, who remains unnamed, has since been banned from any and all future games within the city, of any sport; additionally, the organization who contracted the ref out has also vowed to take action.

The executive director of the Virginia High School League, Billy Haun, also took issue with the referee’s mid-game analysis of the child and her future prospects.

Meanwhile, Coach Guerrier, who wears braids herself, insists she has no idea what the referee was talking about, and maintains that her kid just wants to play her beloved basketball.

Alluding to recent events in New Jersey, where high school wrestler Andrew Johnson was forced to chop his dreadlocks or forfeit (and still is being challenged. even with his now-shorter locs), Coach Guerrier expressed hope for the future.

Unfortunately it does appear that we are seeing a lot of issues like this, and I’m hoping that if the refs can get more education, and more training, we’ll see a decrease in these issues.

Whether it’s ignorance or an active attempt to do harm that fuels these incidents, the end result for these student athletes is the same. It’s no secret that knowledge is power, but situations like Guerrier’s and Johnson’s indicate that knowledge also can shape the actions of those who wield the power—in this case, the actions of uniformed men with whistles.

Thankfully, swift action means that Guerrier’s young daughter can keep playing her favorite sport, secure in the knowledge that at least one referee no longer has the power to stop a game because of “issues” that he simply does not understand.