Veterans' groups demand end to government shutdown: 'Get your act together, and get this resolved' 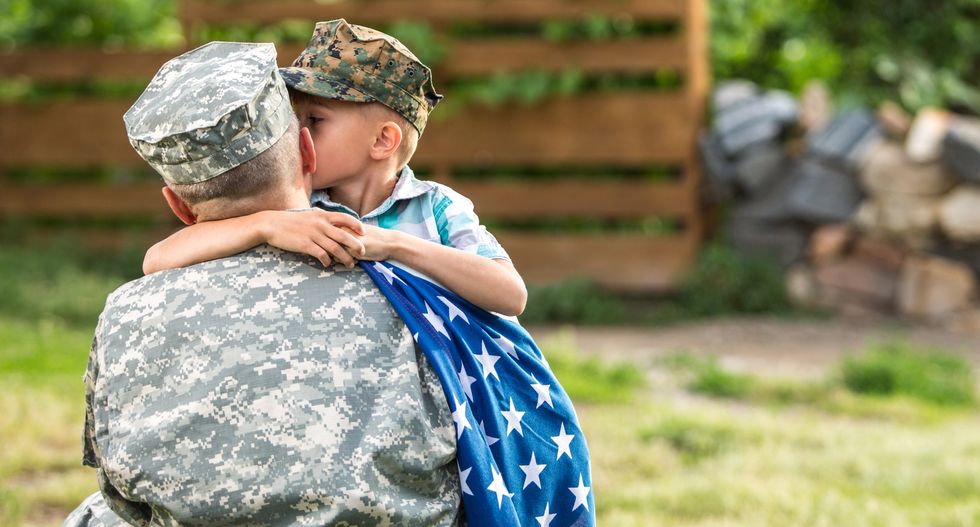 The partial shutdown of the United States’ federal government has lasted for almost four weeks, making it the longest one in U.S. history. President Donald Trump has made it abundantly clear that he will gladly keep the government shut down for months or “even years” if Congress does not fund his proposed U.S./Mexico border wall, and the Democrat-controlled House of Representatives under Speaker Nancy Pelosi’s leadership has passed spending bills that would reopen the federal government immediately but without funding for a wall. Veterans groups, meanwhile, are speaking out, declaring that the harm the shutdown is causing members of the U.S. Armed Forces—including the Coast Guard—cannot continue.

When B.J. Lawrence, national commander for Veterans of Foreign Wars (VFW), spoke at a rally in Washington, DC on January 15, he said, “we have Coast Guard members securing the border and protecting us on a daily basis, but in the background, they’re worried about making (mortgage) payments and putting food on the table.”

Leaders on Capitol Hill, Lawrence stressed, must find a solution at once. “(Politicians) can and must do better for our country,” Lawrence asserted. “Lives are being affected by this shutdown.”

VFW wasn’t the only group whose members were present at the Tuesday rally. Others included the U.S. Coast Guard Chief Petty Officers Association, Disabled American Veterans, AMVETS and the Iraq and Afghanistan Veterans of America.

Melissa Bryant, chief policy officer for Iraq and Afghanistan Veterans of America, told the crowd, “If you say you support veterans, then you need to support ending the shutdown. We know financial stress is a compounding factor in veterans’ mental health. We’re telling our members to do buddy checks, make sure they know if their fellow vets are not OK.”

The rally’s overall tone was nonpartisan and didn’t side with either Republicans or Democrats, but ending the shutdown at once was a consistent theme. Rege Riley, national commander for AMVETS, told fellow veterans that Republicans and Democrats “need to find some common ground. These (veterans) need to be paid. Get your act together, and get this resolved.”

During the shutdown, around 800,000 federal workers—including members of the U.S. Coast Guard—have had their usual pay schedules interrupted. Some of them are being furloughed and asked to stay home, while workers who are considered essential must report to work despite the lack of a definite pay date.