US Navy vet slams Trump's 'embarrassing' troop deployment to the southern border: 'Not the kind of thing that I signed up for' 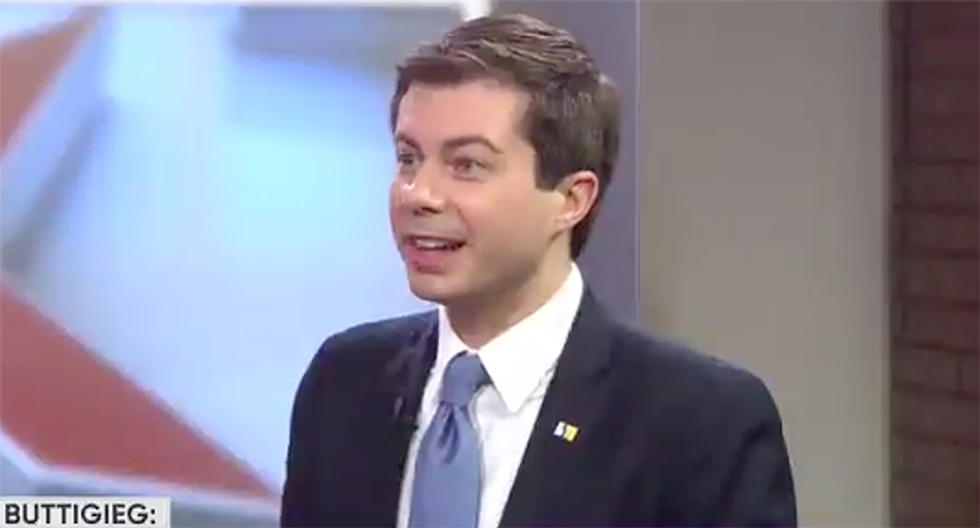 President Donald Trump continues to argue that the United States is facing imminent danger from its southern border, where he sent troops in 2018 via executive order. But some military veterans have been critical of the president’s grandstanding on border security, and one of them is South Bend, Indiana Mayor Pete Buttigieg. During a January 31 appearance on CBS News, the 37-year-old Democrat—who is a considering a possible presidential run for 2020—argued that Trump is wasting the skills and talents of American troops by sending them to the U.S./Mexico border.

“The administration says it’s responding to an emergency, but the emergency was created by the administration,” the U.S. Navy veteran told CBS News. “There’s not a spike in border crossings that’s caused this; what’s caused this is a humanitarian crisis that could be addressed with better policies. It’s certainly not the kind of thing that I signed up for when I signed up to be in the military. And one really embarrassing thing is to see troops having their time wasted by deploying them into a situation that common sense immigration reform would be able to deal with.”

When Buttigieg was elected mayor of South Bend in 2011, he was in the U.S. Naval Reserves—and he was called to duty in 2014, serving in Afghanistan for seven months. During his absence, Deputy Mayor Mark Neal took over. But Buttigieg returned to Indiana and resumed his duties as South Bend mayor in October 2014. The following year, he was reelected.

It remains to be seen whether or not Buttigieg will run for president next year, but he has launched an exploratory committee. And if he does formally enter the 2020 Democratic presidential primary, he would be competing with Sen. Elizabeth Warren, Sen. Kamala Harris and others who have officially jumped into the race.