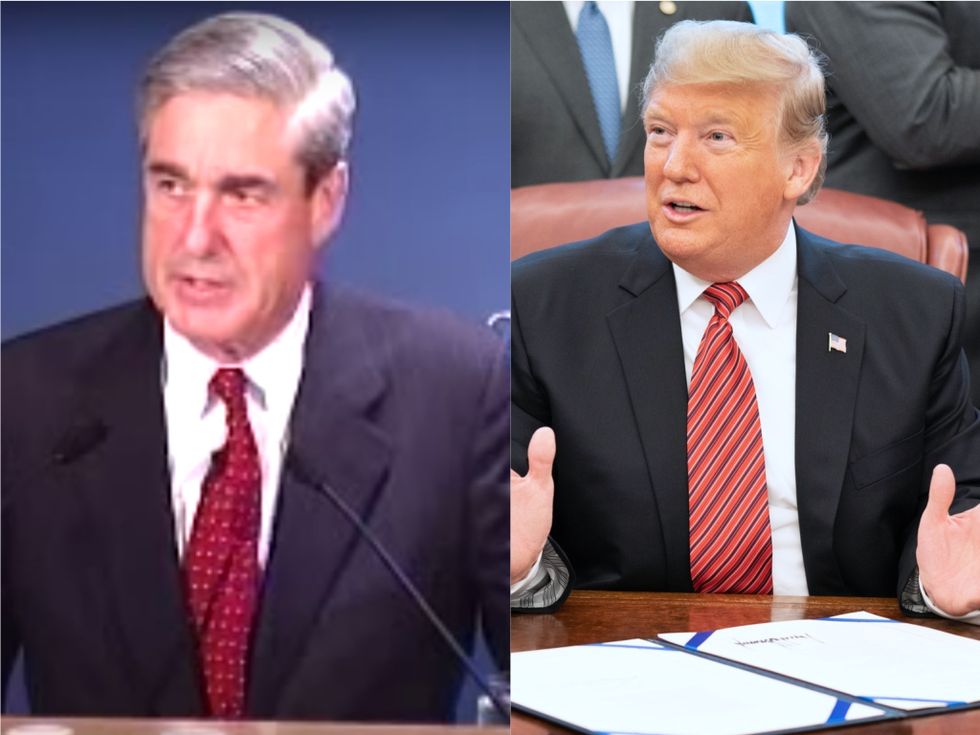 The U.S. District Court for Washington, D.C., which oversees Special Counsel Robert Mueller's investigation, announced Thursday that unless the government shutdown is reversed, it will run out of funds after Jan. 18.

"Should the government shutdown continue beyond January 18, 2019, this Court will likely need to furlough some employees and require others to work without pay," the court said in a statement. "However, the Court will continue to be open for business. Trial will continue as scheduled, and jurors and grand jurors will be asked to report as scheduled. Juror payments may be deferred until funding is restored."

In other words, the shutdown will impose serious burdens on the court and strain its resources. But it will not deter the justice system from carrying out its operations.

Mueller's investigation itself is operating on funding that has already been allocated, so his team is not directly vulnerable to the shutdown at all.

Some have speculated that Trump's desire to distract from, and perhaps even impede, the investigations into him and his allies. However, it seems more plausible that the connection between the shutdown and the probes is more directly political, rather than operational — the president thinks he needs to focus on the border wall fight to maintain the support that protects him from legal and congressional checks. If Trump does think the shutdown can stymie the investigations he fears, he is sorely mistaken.

"The Court is sensitive to the hardship already felt by the courthouse community, as some members are already working without pay, and is proud of the commitment and professionalism of Court staff," the court concluded.